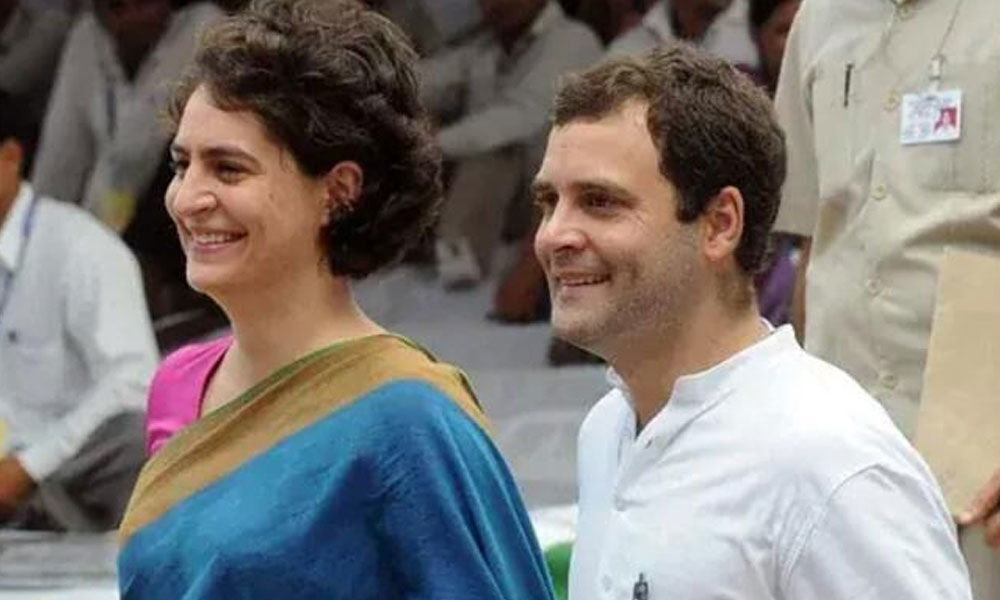 Congress President Rahul Gandhi and general secretary Priyanka Gandhi on Tuesday in Gandhinagar rally attacked Prime Minister Narendra Modi over his 2014 promises and "depositing" Rs 15 lakh in the account of every citizen. It is undeniable fact that Jan Sankalp rally had played the crucial role to reach the public in remote corners of state.

Because Cong chief Rahul Gandhi and his dear sister Priyanka Gandhi have gone through the disclosing of existing very basic problems what are progressing all around the country like terror attack corruption at high places in various fields.

Undoubtedly after nearly announcing to be organised the election by Election commission the Cong and its official leaders have showed their fairly successful work and self-confidence on the ground level which can lose the grip of BJP and other alleged parties.