12 cases between Jan and April 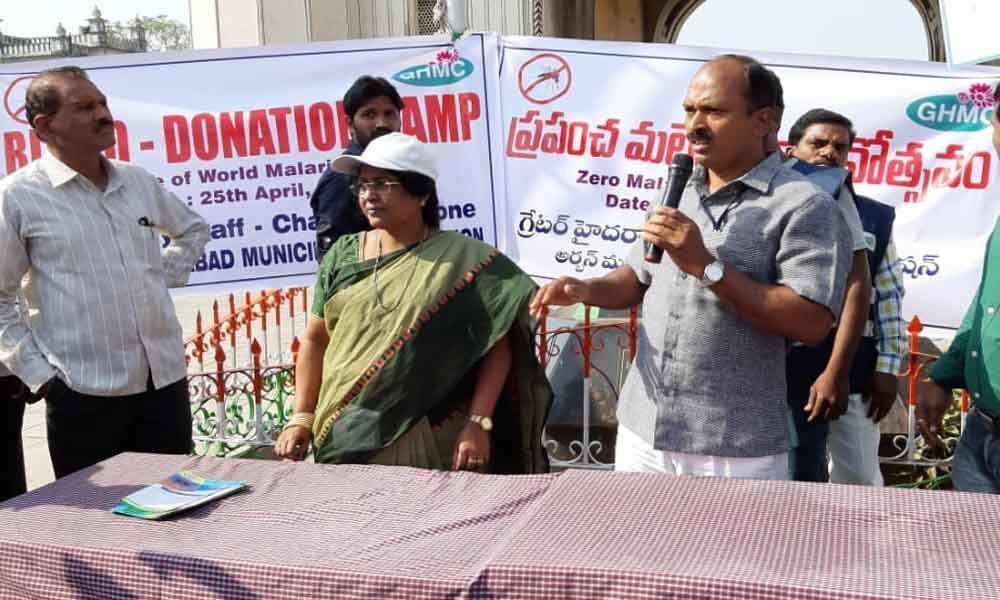 12 cases between Jan and April
Highlights

Speaking to The Hans India, N Srinivas, the senior entomologist, said that the GHMC South Zone recorded 12 cases of Malaria between January and April.

Speaking to The Hans India, N Srinivas, the senior entomologist, said that the GHMC South Zone recorded 12 cases of Malaria between January and April. He said that these programmes were convened to organise towards generating awareness amongst masses about the Malaria and other vector-borne deceases each year.

"Sir Ronald Ross through his research found that the mosquito was behind Malaria disease, as mosquito-borne parasitic infection spreads through Anopheles mosquito. The parasite multiplies in red blood cells and if not treated properly could be fatal," he noted

With these awareness rallies, the GHMC hopes that the people would cooperate in controlling the vector-borne diseases by providing access inside their houses to track any possible water stagnation points.

"Wherever cases are reported, treatment should be provided and awareness generated in the surrounding as without public participation our efforts cannot not reach fruition. Denizens must be aware of the water stagnation points and should not allow water to accumulate inside their houses, which could become breeding grounds for mosquitoes and vector born deceases like Malaria and Dengue," he added.