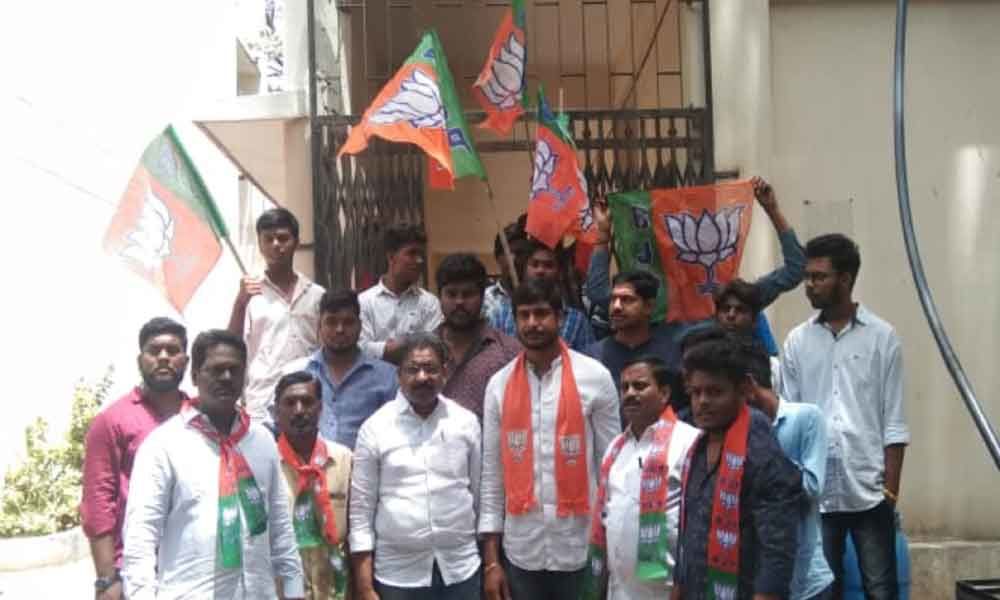 Activists of the Bharatiya Janata Yuva Morcha (BJYM) staged a demonstration at the MEO’s office here on Thursday demanding steps against corporate schools for collecting exorbitant fees in violation of the established rules and regulations. State BJYM secretary Vijith Varma led the protest.

Varma warned of holding a State-wide agitation if no action is taken against the private schools. Among those who took part in the protest were Srikar Rao, Ravi Kumar, Rammohan, Srinivas, Ramakrishna, Joel.