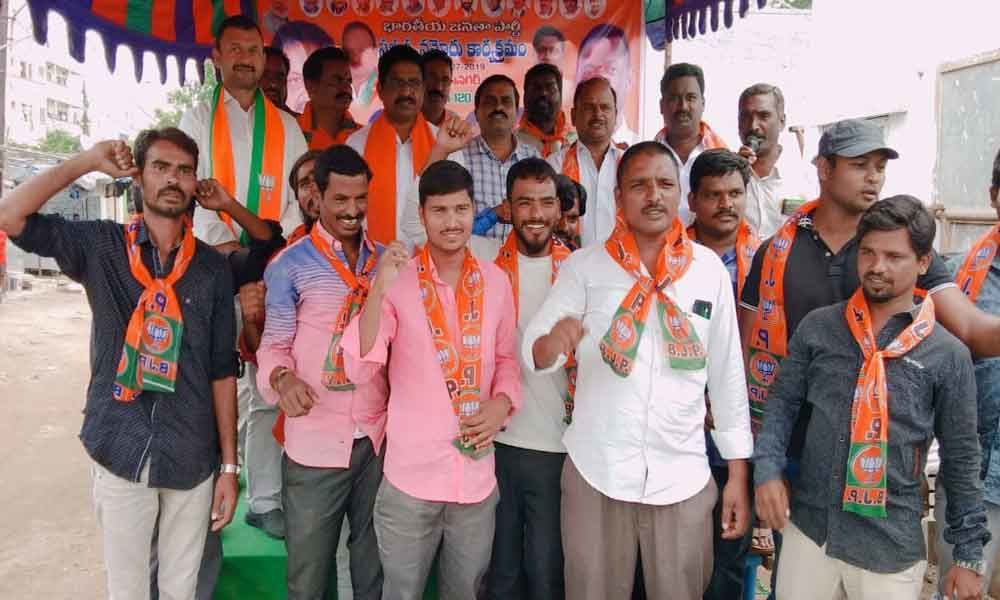 Balanagar: Medchal district BJP president Madhavaram Kantha Rao on Sunday conducted the party membership campaign in Indranagar of Balanagar division. Speaking at the launch, Rao asserted that people of all sections were able to get the benefit of welfare schemes being taken up by Prime Minister Narendra Modi in the last five years.

He claimed that the Union government was strengthening the country's security and financial set-up leading to the all-round development of the nation. People attracted by Mody's administration were keen to take up BJP membership, he observed. Those present during the campaign included G Srikar Rao, Harish Reddy, Srinivas Reddy, Ravi Goud, and BJYM leaders.