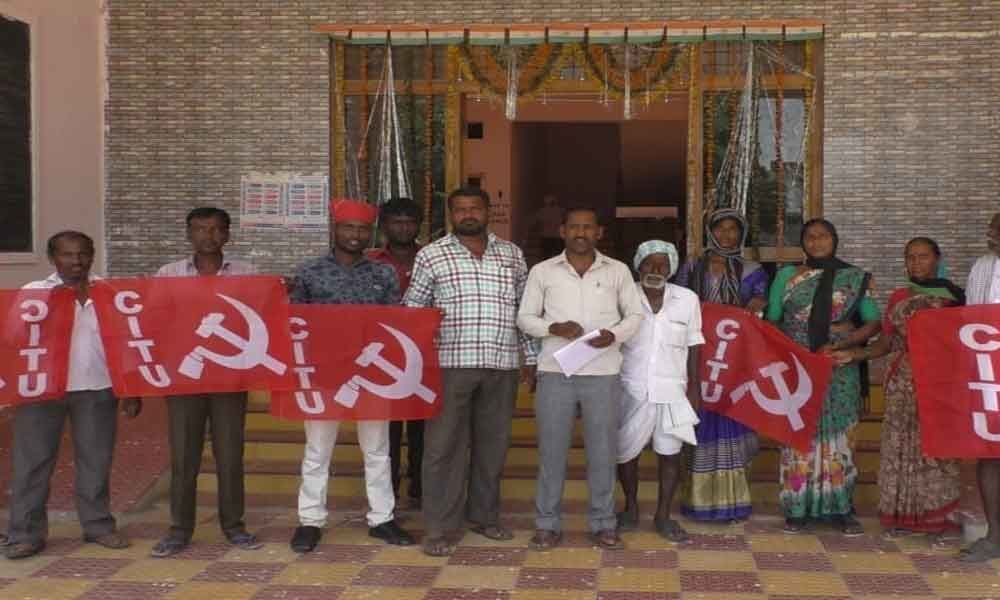 Gramapanchayat workers staged dharna in front of MPDO office on Wednesday demanding minimum wages. CITU district Asst secretary G Bhaskar expressed concern that the workers are not getting wages equal to their work.

He criticised the state government for not fulfilling its assurance of providing salary of Rs 8,500 to each worker. He demanded insurance and regular medical checkups to workers. He also demanded that the officials concerned come to their aid and solve their issues.

The workers threatened to intensify agitation of their demands aren't met. Gramapanchayat workers Satyanarayana, Narasimhulu, Babu, Shankar, Nandam, Rajaiah and others were present.