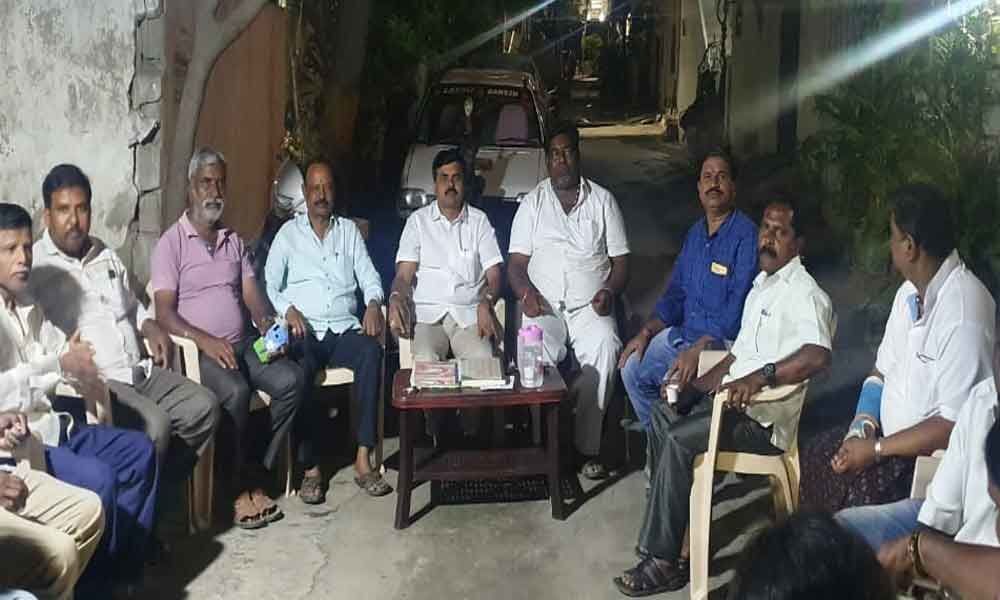 Netaji Nagar Residents Welfare Association on Monday resolved to exert pressure on both people’s representatives and officials for getting the colony problems solved.

Serilingampally: Netaji Nagar Residents Welfare Association on Monday resolved to exert pressure on both people's representatives and officials for getting the colony problems solved.

President of the association Shekhar Sagar presided over the meeting. The members discussed problems like underground drainage, lack of CC roads, indifference of GHMC in sanitation, water supply, mosquito menace, non-functioning streetlights, lack of ration shop for the poor.

The meeting resolved to approach the government for starting construction of a school building in a local park which the association was guarding from encroachment.