Connecting with the audience through vintage music 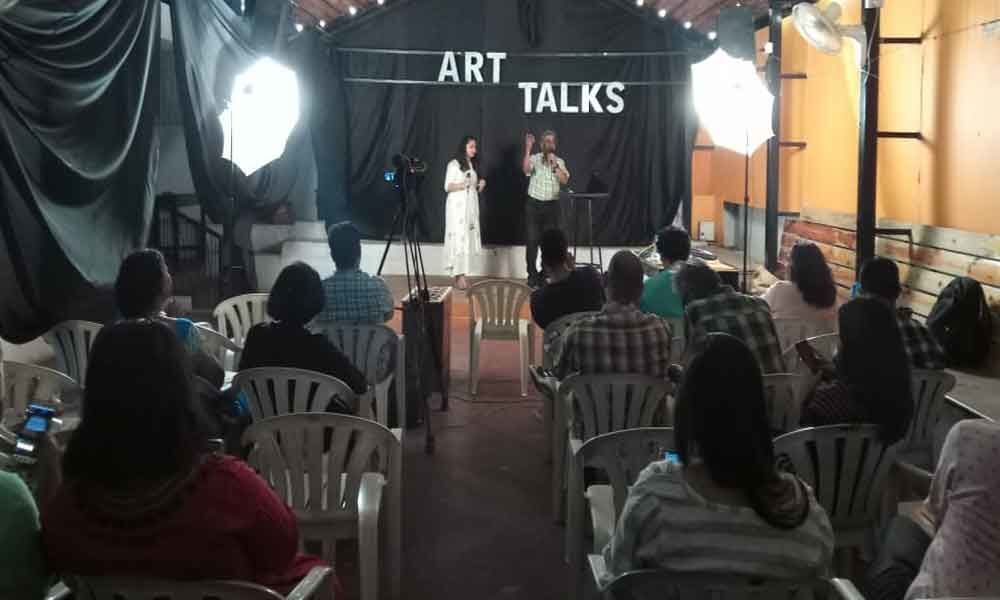 Connecting with the audience through vintage music
Highlights

For over 30 months and 38 events, Dakshin Dhwani has persisted with its pet theme of decoding the grammar of Hindi film music with its ‘Monthly Movie Memories’.

For over 30 months and 38 events, Dakshin Dhwani has persisted with its pet theme of decoding the grammar of Hindi film music with its 'Monthly Movie Memories'. Honouring a minimum of 10 celebrities on a monthly basis in four categories– playback singing, music composition, film direction and the penning of lyrics – this group has persevered to blend memories of the past with the voices of the young and old generations who take it up with equal gusto and devotion.

On Sunday, April 21, it brought in a twist to the proceedings by doing the usual during its programme – 'Jane Anjaane Log Mile' - and also throwing open the stage for members of the audience to join the members in singing songs of their choice. As pre-planned, there was a moving documentary on the life and times of Shamshad Begum, whose birth centenary fell on April 14. The group also had solo numbers and a duet in honour of the legend who was quite clearly the queen of playback singing of that era.

With new singers eager to test their skills in karaoke singing, the open mic session saw a lot of recent film hits belted out enthusiastically during the 150-minute programme. Of course, there were singers in the group who were comfortable with Kishore Kumar songs as much as that of Arijit Singh, easily the numero uno of today's film music in Mumbai.

The crooners selected songs of lyricists like Hasrat Jaipuri and Gulshan Bawra, with the title number drawn from that of the programme, a Shakti Samanta venture, released in 1971, with Shammi Kapoor and Leena Chandavarkar playing the lead roles.

The other known names whose works were taken up included that of Shankar Singh of Shankar-Jaikishan fame. What was endearing was to see young singers comfortably going through the nuances of old songs as well as they would do with the EDM- based numbers of today.

As a debutante singer Shalini Raakendra admitted: ' It was just a re-orientation of the mindset to begin with. Singing Shamshad Begum's songs involved more rehearsals as her voice is of a unique, high-pitch which the music directors of then loved.

I tried to do my best and the audience was quite supportive'. This is precisely the oxygen which has sustained the group's passion, despite mixed strength for its programmes now and then and the niggling audio- video issues arising during the event which bog them down once a while.