Dementia: Suffering in silence due to stigma 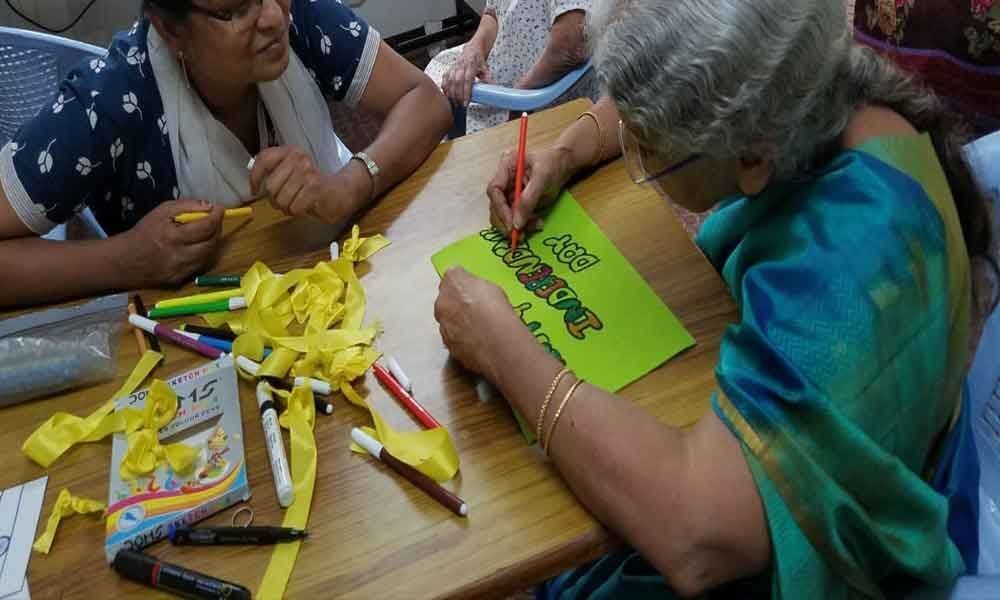 Dementia is rapidly growing in India, with an estimated 4.1 million people affected by the disease.

Hyderabad: Dementia is rapidly growing in India, with an estimated 4.1 million people affected by the disease. It is an incurable, neurological disorder more commonly seen in people aged above 65 – and it impairs one's daily functioning. By 2030, the number of people affected by dementia in India is forecast to double as older people will be a large part of the population.

In Hyderabad alone, there are an estimated 57,000 cases of dementia but only a few hundred are actually diagnosed, with even fewer getting necessary medical and rehabilitation treatment. Dr Chandrasekhar, a psychiatrist, says, "Dementia is a cognitive decline of the brain cells which affects the memory, language, thinking and judgment of a person. It can be caused by head injuries, diabetes or cardiac issues."

There are many kinds of dementia like front temporal dementia and vascular dementia but the most common among them is Alzheimer's disease. The awareness in India for dementia is very low and many cases remain undiagnosed. Dr Chandrasekhar says, "Only 4-5 people consult me in a week.

There is a widespread ignorance about it. It will prove very costly." While the medication for dementia costs around Rs 2,000-5,000 a month. It is the cost of caregivers for dementia patients that is expensive. The costs can range anywhere between Rs 47,000 to a few lakhs.

Dementia patients are often unable to perform ordinary tasks and hence rehabilitation treatment is very important. Bala, a trustee of Alzheimer's and Related Disorders Society of India (ARDSI) Hyderabad- Deccan chapter, says: "We cater to about 7-10 people in our center.

There is not much awareness and diagnosis rate of dementia is still low because of the stigma surrounding mental illnesses." ARDSI Hyderabad is an NGO that runs a day care and activity centre for dementia patients in Hyderabad. Atiya Zareen, a clinical psychologist at ARDSI, says, "Dementia treatment is essentially 60% rehab and 40% medication.

Rehabilitation is important as we create a dementia-supportive environment for the patients which help them to retain a sense of normalcy." She further adds, "Cognitive stimulation activities can help delay the progression of the disease." ARDSI Hyderabad also conducts home visits and trains caregivers, who specialise in taking care of dementia patients.

World Health Organisation (WHO) has reported that 50 million people around the world are affected by dementia with nearly 10 million new cases every year. Shashidar, a trustee of ARDSI Hyderabad, says "By 2050, India and China combined will account for more than 50% of the dementia cases in the world.

This is because of the size of our population and the greater life expectancy compared to 30 or 40 years back." An estimate of 53,000 crores is spent annually on dementia in India. This number may steadily increase with the increase of dementia cases each year.