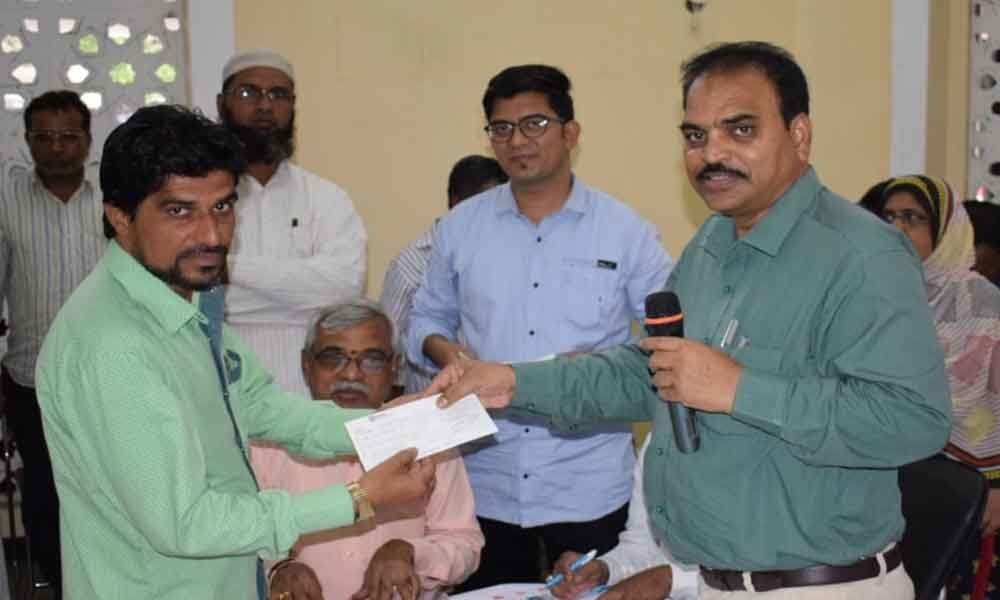 Nampally MLA, Jaffer Hussain Meraj and TSMFC chairman Syed Akbar Hussain were among the VIPs who distributed cheques amongst the beneficiaries.

Speaking on the occasion, Jaffer Hussain Meraj said that it would benefit the youth and unemployed from the minority community towards earning bread and butter and succeeding in their life.

He added that earlier, the people used to struggle for getting loans of small amounts and could not get the support of bankers. He held that Telangana Government, while approving the proposals of MIM to release the loan amount to the minority beneficiaries has eased these problems. He further asked the government to extend 100% subsidy loan to beneficiaries towards using the loan amount judiciously and bettering their living conditions and for serving their families and at the end, contributing to the nation building by doing their part.

TSMFC chairman, Syed Akbar Hussain described this as a unique scheme for the minorities, which he said would help the under privileged and small businessmen to thrive and carry out their businesses with the monetary support extended under the government scheme. He said that it was the precious gift of the State government to the minorities.

The officials of DMWO informed that about 81 beneficiaries from Nampally constituency have received their cheques during the programme. Cheques for the beneficiaries of other areas in the Hyderabad district have been disbursed to the respective zonal offices (South and Central zone) and those will be distributed thereafter. There are 369 candidates approved to be benefited from the scheme.

DMWO, Hyderabad, Mohammed Qasim on this occasion thanked the district collector and other higher officials for making the event successful and lending all the necessary help for the distribution of cheques. Gunfoundry Corporator Mamatha Gupta and others attended the event.