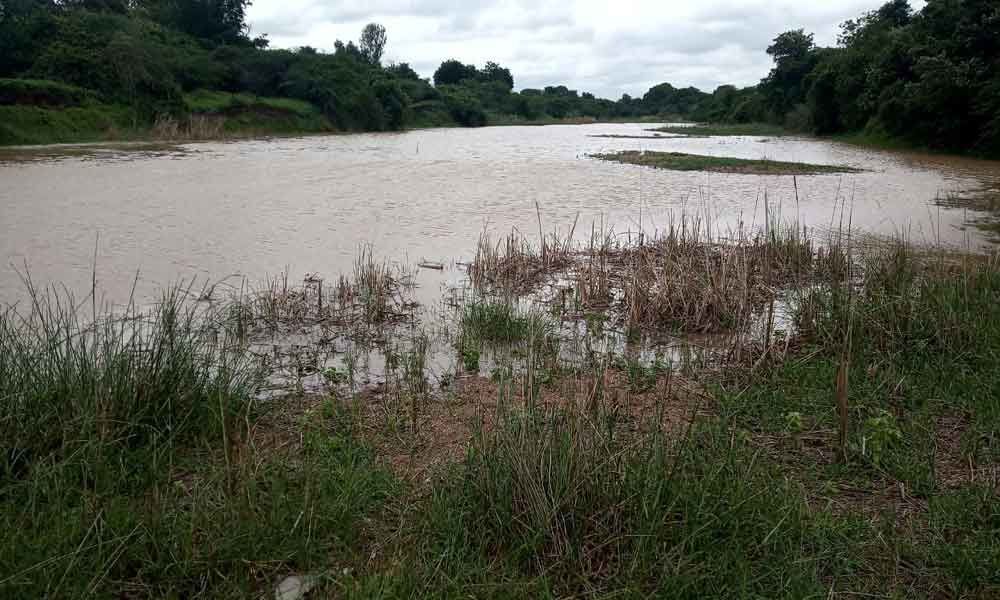 Yalal: The Kagna river is receiving good inflows. Due to the incessant rains for the past four days, all the streams and rivulets are flowing to their brim. The Kagna river had dried up due to scanty rainfall during the last five years. The farmers cultivating in the riparian area suffered a lot due to drought-like conditions.

Occasional rains in the last there years could not fill even streams, leaving the river empty. People of Tandur region were put to severe inconvenience while celebrating Ganesh Chathurthi as there was no water for immersion of idols. They immersed the idols at the far-away place of Kokat in Yalal mandal. For the last two years, they have been immersing the idols at Kotpalli project.

Now the copious inflows are raising hopes among farmers and also devotees. People are happy that now they have plentiful of water for both drinking and irrigation.