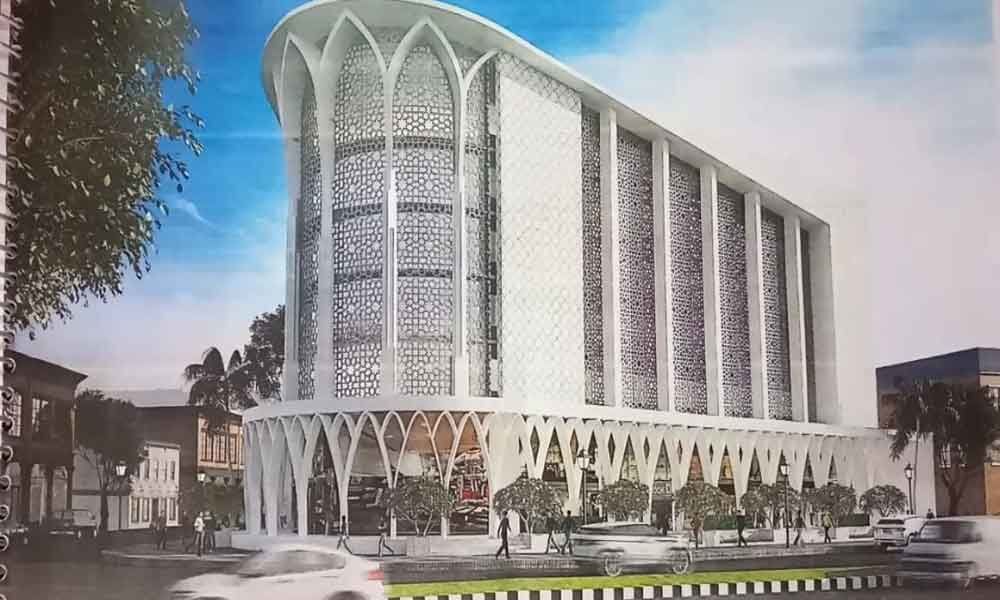 Delay of funding for one of the important projects whose foundation stone was laid by Chief Minister K Chandrasekhar Rao puts it stay behind the schedule. Begun in 2017, the reconstruction works of the Anees-ul-Ghurba, oldest orphanage in the city, still remains in the beginning stages.

Nampally: Delay of funding for one of the important projects whose foundation stone was laid by Chief Minister K Chandrasekhar Rao puts it stay behind the schedule. Begun in 2017, the reconstruction works of the Anees-ul-Ghurba, oldest orphanage in the city, still remains in the beginning stages.

According to official sources, for the state-of-art multi-storied building with an estimate of Rs 20 crore was one of the dream projects of Wakf Board. The amount was sanctioned during the first term of the TRS government, but only Rs 8 crore was released.

Even though the project was marked for completion by February, 2019, it remains way far behind the schedule as only slab for the first floor was laid, while it has yet to come up with G+3 building as part of the reconstruction.

The Old building constructed during the time of Nizam was in a 350 sq yd of space. But after formation of Telangana, the Wakf Board decided to come up with a bigger complex on entire land of 4,500 sq yds, as part of development and was cited as the ambitious project for minority welfare by the TRS government. Situated on the opposite side of the Nampally Railway Station, the contract was provided to R & B department, which is said to have given sub-contract to other builder.

The slow pace of work has become a matter of discussion, particularly after the TS Wakf Board Chairman, Md Saleem, visited the construction site on March 28. Upon his inspection, he asked the contractors to finish up the works at the earliest and informed the media that it would be completed by August this year.

During May, 2018, the officials had informed that Annes UI Ghurba is being reconstructed in 1.00 Acre prime land allotted by Chief Minister to build a modern and convenient Orphanage for Poor destitute children, at a cost of Rs 20 crore.

The new design will accommodate 600 children (320 Girls and 280 Boys). The intention of the government is to host and educate the destitute children of any age. To facilitate the construction, 60 children who were in the Anees ul Ghurba were shifted to Musheerabad Girls School run by TMREIS, said A K Khan, Advisor to the State Government, Minorities Welfare.