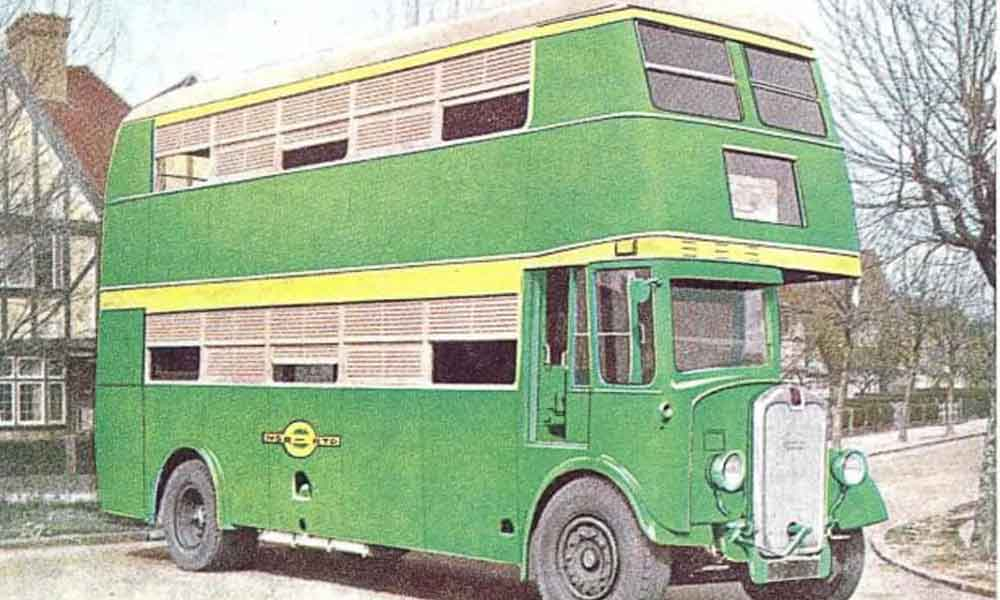 It might take another six months to finalise the tender, inform officials

Musheerabad : Citizens will have to wait to rejoice the comeback of Hyderabad's iconic double-decker bus as the department fails to receive enough tender applications.

The Telangana State Road Transport Corporation invited tenders for the purchase of 25 double-decker buses for inter-city transport in February. For the same it also formed a committee, to review the feasibility of operating these buses on the city roads, which then suggested five routes for plying them.

But since then, plans have only remained on paper, as not an inch of development has been undertaken in this regard. The TSRTC is said to be waiting for the tenders, out of the four companies who took tender papers in February only Ashok Leyland submitted its bid.

Moreover, in November last year, IT, Industries and Urban Development Minister KT Rama Rao took a nostalgic trip down memory lane, recalling the days when he used to take the iconic green double-decker bus to school. He also shared the old image of the iconic 7Z green RTC on Twitter.

Claiming that it was just a election jibe senior Congress leader Shaik Abdullah Sohail said, "Minister KTR has made several promises as such to impress citizens and to achieve votes for the then happening municipal elections," These buses are not feasible now, insteadthe government should focus on how to improve the public transport, he added.

"With a large number of big flyovers being built in the city, and roads being widened, bringing back the double-decker buses wouldn't be a good idea," claimed Dayanand, a road transport activist.

A COMMON SIGHT IN 80s

The double-decker buses were a common sight in Hyderabad, until the late 1980s but were later phased out in the early 2000s due to high operational and maintenance costs and lack of availability of spare parts.

Thisbus service firstwas initiated by the sixth Nizam in 1856 by Zahoor Unnisa, wife of Mir Mahboob Ali Khan's. Zahoor used the 'Meher' amount (The money which a wife receives from her husband at the time of the wedding) to start the transport service in Secunderabad. The letter 'Z' still remains as a tribute to Zahoor Unnisa and the Nizam State Road Transport Department.

Anuradha Reddy, convener of the INTACH Hyderabad chapter,recalled that in those times the most popular route of double-decker bus was 7Z, which ran between Secunderabad and Zoo Park in Bahadurpura. The several other routes were 5Z – from Secunderabad to Mehdipatnam via Rani Gunj, 2Z – between Charminar and Secunderabad, among others. A few of these buses also ran until the early 2000s, she added.