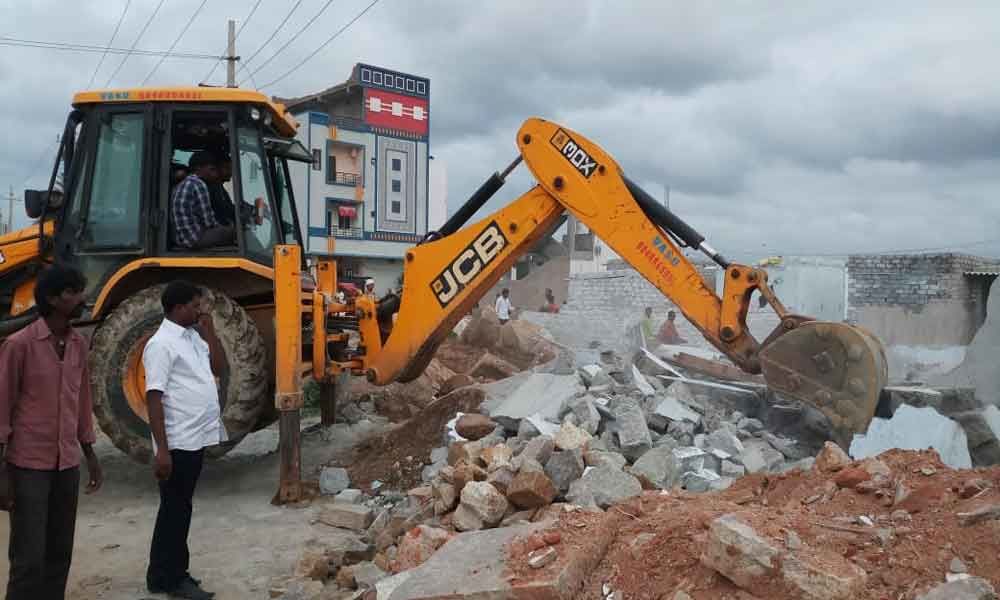 The uncertainty over the ownership of government lands has come as a boon for encroachers.

Quthbullapur: The uncertainty over the ownership of government lands has come as a boon for encroachers.

Locals allege that the Telangana State Finance Corporation is not very serious about protecting lands. Utilising this situation, the land sharks are encroaching the valuable lands.

Prabhakar Goud, an officer from APSFC, lamented that almost 72 acres belonging to the corporation have been missing. "We appointed a private security guard for the last 10 years. The case about the distribution of land is pending in the court. Meanwhile so many private ventures have come up in the land," he said.

The local Tahsildar who pulled down illegal structures in Devender Nagar, Khaisar Nagar, Katta Maisamma basti and filed land grabbing cases against many people is surprisingly sparing the local leader, allege some people. When asked about the constructions re-built by the encroacher, the tahasildar clarified that the land in survey number 329/1 belongs to the government and the structures would be demolished soon.

Locals question why the officials of both revenue and SFC are so soft on the local leader. They expressed doubt about the nexus between the security guard and the encroacher and also negligent attitude of the local tahasildar.