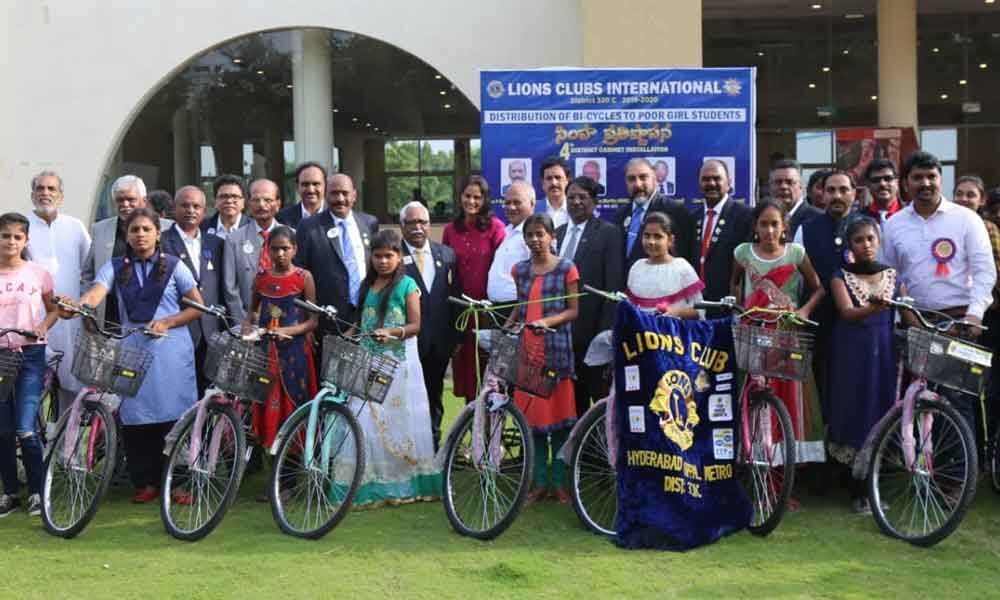 Speaking on the occasion, he said that the organization plans to embark on more projects such as opening of eye hospitals and dialysis centres. G S Lakshmi, the only woman to be appointed on the ICC International panel of match referees, was felicitated for her achievement.

Lion K Krishnamurthy and Lion A Gopala Rao, Vice District Governors and other members of the cabinet were installed on the occasion. Lion A Linga Reddy, eminent philanthropist was the installation chairperson for the event.