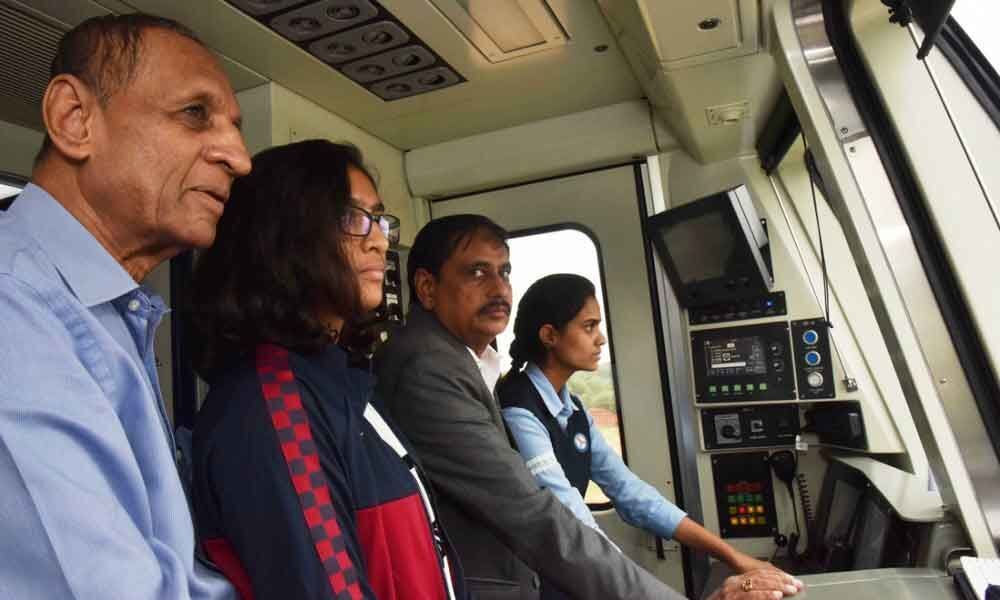 Telangana Governor ESL Narasimhan on Tuesday said that the Hyderabad Metro Rail Project was the crown jewel of twin cities and the citizens shall make...

Hyderabad: Telangana Governor ESL Narasimhan on Tuesday said that the Hyderabad Metro Rail Project was the crown jewel of twin cities and the citizens shall make use of this modern public transport facility regularly.

In an impromptu programme, the Governor along with his wife Vimala Narasimhan and grand-daughter travelled in Metro train on Tuesday afternoon from Ameerpet to Nagole Metro Station as a common citizen and visited Uppal metro Depot. HMRL Managing Director NVS Reddy accompanied the Governor in the metro travel.

L&THMRL Managing Director KVB Reddy and other senior officials received the Governor at Nagole metro station and took him round the metro depot. The officials showed him the state of the art features of the Hyderabad Metro Rail project and particularly the functioning of Operation Command Control (OCC) Room.

Earlier, the Governor and his wife planted fruit bearing saplings on the premises of L&T Metro Rail Depot.

Replying to a query the Governor said, he himself has inaugurated the Metro Rail operations between Ameerpet Junction to LB Nagar Metro Station and Ameerpet to Hi-Tec City Metro Station about a year back and in this context, he wished to travel today in the Hyderabad Metro to get the first hand information.

Gold, silver price in Hyderabad, other major cities on January