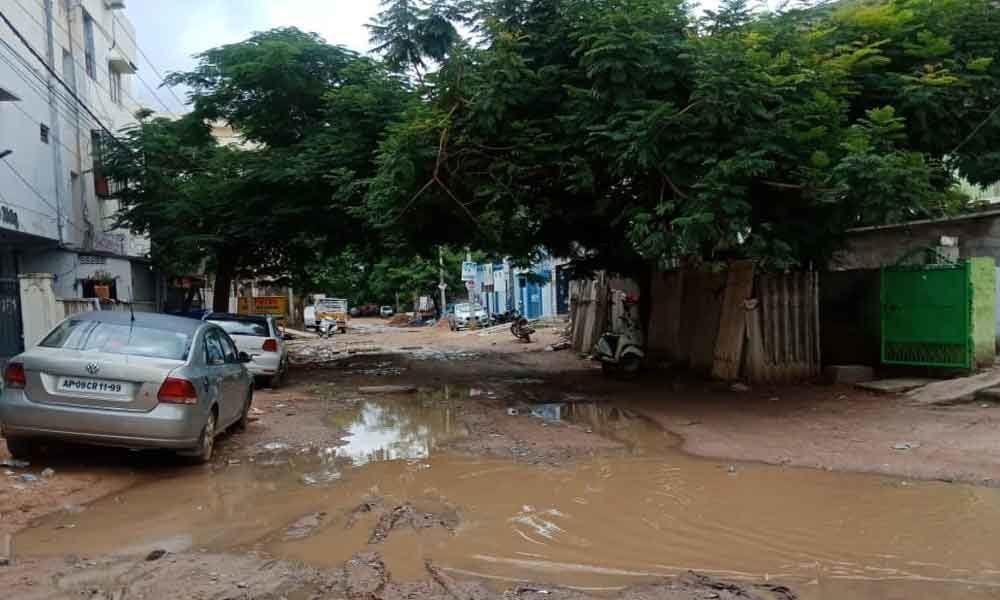 Residents of Venkateshwara Nagar in Chintal are quite aghast that their numerous demands to lay a road in their street are falling on deaf ears.

Quthbullapur: Residents of Venkateshwara Nagar in Chintal are quite aghast that their numerous demands to lay a road in their street are falling on deaf ears. Due to the negligence of the government, roads are not laid and residences dread to walk on the muddy roads which are becoming slippery even after a small rain, according to a local Rameshwara Rao.

The uneven stretch is causing a big trouble to the commuters every time. This is the only stretch witnessing a huge amount of traffic flow towards Main roads and other routes. Many people fall off vehicles due to slippery mud.

Numerous minor accidents occurred on this road in the past. Two-wheeler riders are the worst affected. Adding to the bad condition of the roads, poor illumination on this stretch at nights is another problem that people face. The stretch is nothing but a heap of sand and soil, broken bricks and broken debris.

"Motorcyclists can be seen applying brakes suddenly due to potholes on these troublesome stretch and are incurring injuries as they fall off their vehicles," rue commuters. "This stretch is not only affecting motorists but also affecting pedestrians.

Pedestrians face immense hardships to walk on it," says Hanumath Rao. "The situation is so worse that we are not even coming out and our friends or relatives are not visiting our homes because of these muddy roads," said the residents.

Mohan, a shopkeeper, said they had taken their plight to the notice of the officials, but to no avail. The locals of this area say it is very difficult to travel on these roads and are extremely inconvenienced during the monsoon season.