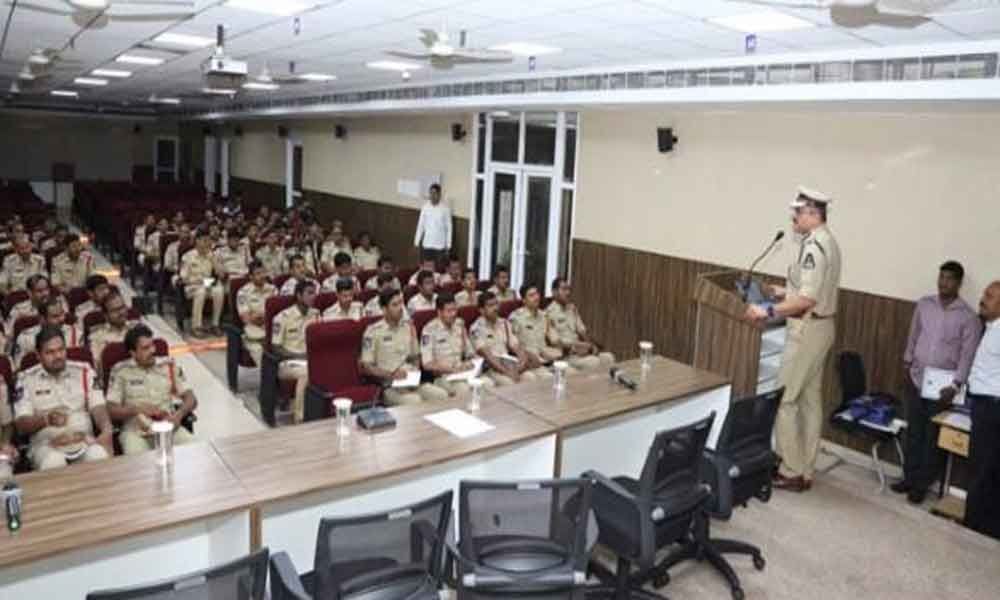 Local Inspector Ramesh Kumar, Sector SI I Gurunath, besides the police station staff, on Tuesday attended a ‘community meeting’ in Gandhikutir locality, along with leaders, women and youth.

Narayanaguda: Local Inspector Ramesh Kumar, Sector SI I Gurunath, besides the police station staff, on Tuesday attended a 'community meeting' in Gandhikutir locality, along with leaders, women and youth.

The residents explaining their problems pointed out that an electric pole located in the centre of the locality was causing hardships as many wires were hanging from it, posing a threat to children. They also reported that some persons after getting drunk in the evening were creating nuisance.

The police officials assured that the problems would be included in the 'Felt Need' applications and would be referred to officials for providing solutions. Referring to the cases of nuisance by drunkards, they wrote down it in a new compliant book.

The CI and the SI advised the residents to utilise the services provided by the police. They created awareness on Dial 100, Facebook, Whatsapp, Hackeye, and Nenusaitham CCTV cameras. They appealed to the people to ensure that the ensuing Ganesh Utsav is happily celebrated by all without any incidents and amid communal amity. The police laid stress on compulsory permission for putting up Ganesh pandals.