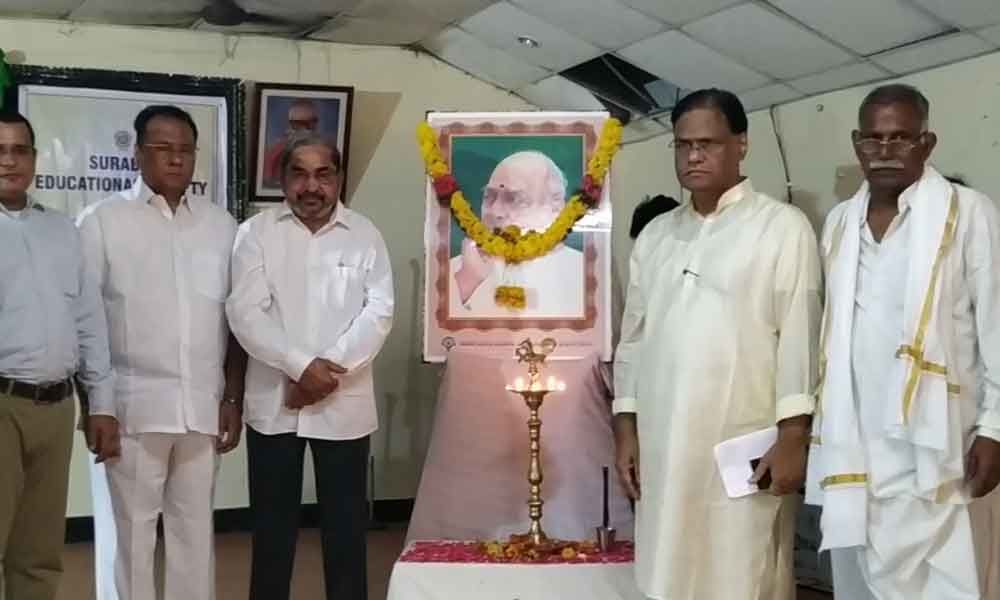 The chief guest of the programme Allam Narayana, chairman of Press Academy, garlanded the portrait of PV Narsimha Rao, lighted the lamp, and paid floral tributes to the departed leader.

Speaking on the occasion, Narayana said that the former prime minister saved the country when it was passing through critical phase by introducing economic reforms in India.

Several speakers praised the former PM as multifaceted and talented person who has not only excelled as politician, economic reformer, poet but also spoke several languages. Allam Narayana was felicitated on the occasion. Several senior citizens, members of the memorial committee and others participated in the programme.