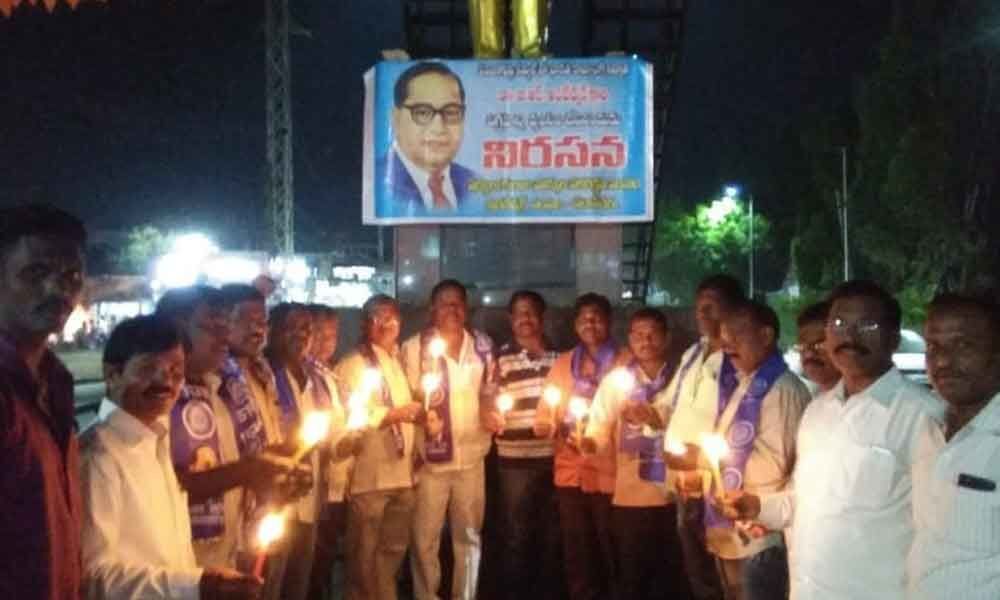 Speaking on the occasion, vice-president of the association Rudraram Shankar condemned the vindictive attitude of the State government against dalits. When the Prime Minister Narendra Modi himself is participating in Ambedkhar Jayanthi celebrations, why the Telangana Chief Minister K Chandrashekar Rao is staying away from the celebrations, he questioned.

Shankar criticised Chief Minister KCR for not fulfilling the promise that he made in 2016 to install a 125-foot high Ambedkar statue in the city. He demanded the reinstallation of Ambedkar statue at the same location where it was installed earlier.

Among those who participated in the rally include district president of the association Shankar, dalit leaders Dappu Yadaiah, Raghu, Lakshmaiah, Balaraju, Mallesh, Raja and others.