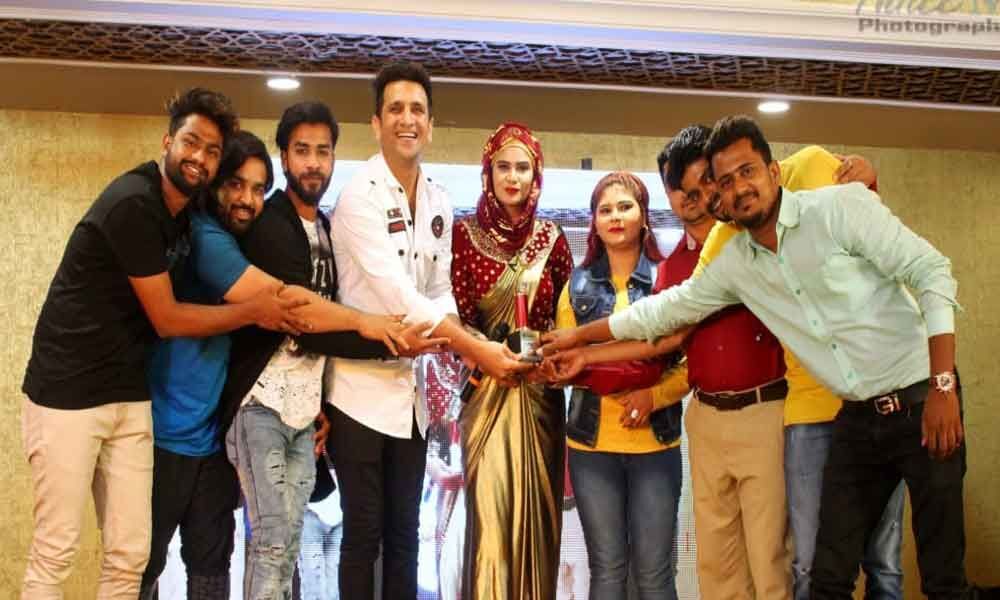 Shahbaz Khan, a Youtuber, won the Most Entertaining Youtuber Award of Hyderabad People’s Choice Awards at a function organised in Podium Mall in Tolichowki on Thursday night.

Tolichowki: Shahbaz Khan, a Youtuber, won the Most Entertaining Youtuber Award of Hyderabad People's Choice Awards at a function organised in Podium Mall in Tolichowki on Thursday night.

According to organisers, this was first time they organised such an event in the city and awards were given in different categories. Amongst other categories, four media persons, one radio jockey, seven from Deccanwood (Deccani film industry), three sports persons including Nikhat Zareen (boxing) and Syeda Falak (Karate) were awarded on the occasion. A special award was also given away to best Urdu anchor in a Telugu Channel.