She Teams receive 73 complaints in June 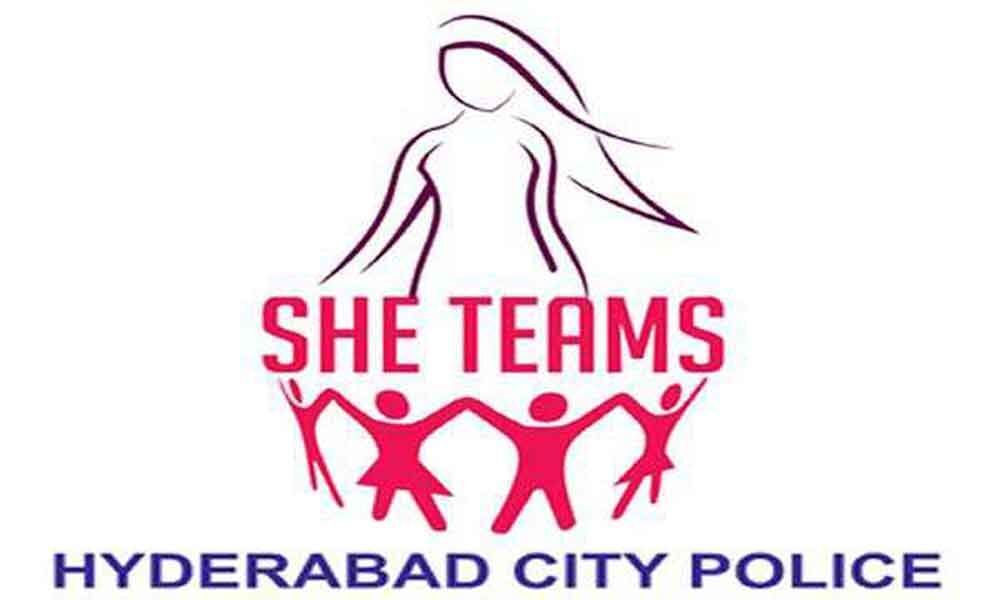 Saifabad: Additional Commissioner of Police (Crimes) Shikha Goel on Monday said that the She teams of Hyderabad have received 73 complaints in the month of June.

Out of which five delinquents were counselled and let off and six others were booked under sections 70(c) of Hyderabad City Police Act and 290 IPC. Another six IPC cases were booked on the miscreants in different police station limits whom they caught red-handed while they were misbehaving with women in public.

In one case, the XI Special MM Court under section 70(C) Hyderabad City Police Act and 290 IPC, handed out a 10-day imprisonment and fine of Rs 250 on convict Syed Hasan Sulaiman (27), a resident of Asifnagar.

He was convicted for harassing the complainant on social media abusing her and forcing her to have sex with him. The case was filed by the She Teams on June 21 . After the arrest the culprit was produced before the court where he was awarded the sentence. In another case, seven-day imprisonment and a fine of Rs 200 were imposed on the accused Dinakar William (26), belongs to Malkajgiri for harassing the complainant on phone and sending abusive messages.

He was nabbed and produced before the court where he was convicted and awarded the sentence. Similarly in another incident, a seven-day imprisonment was awarded to S Balaraj (32), a resident of Kachiguda for harassing the complainant to marry him or else, he would upload her private pictures on social media. She Team arrested him on May 28 and produced him before the court where the XIII Special MM Court awarded imprisonment to him.

Similarly, Bhavsingh Bhukya (28), a native of Nalgonda imprisoned for seven days and asked to pay a fine of Rs 250.Another accused M Krishna, 23, Warasiguda, was sentenced for six-day imprisonment and a fine of Rs 250 for harassing and troubling the complainant with messages in WhatsApp, Facebook and messenger. In yet another case, five-day imprisonment and a fine of Rs 200 was imposed on Sandeep Sain (28) of Goshamahal for harassing the complainant on phone and sending WhatsApp messages in vulgar language.