Sincerity, not seniority, matters much in politics 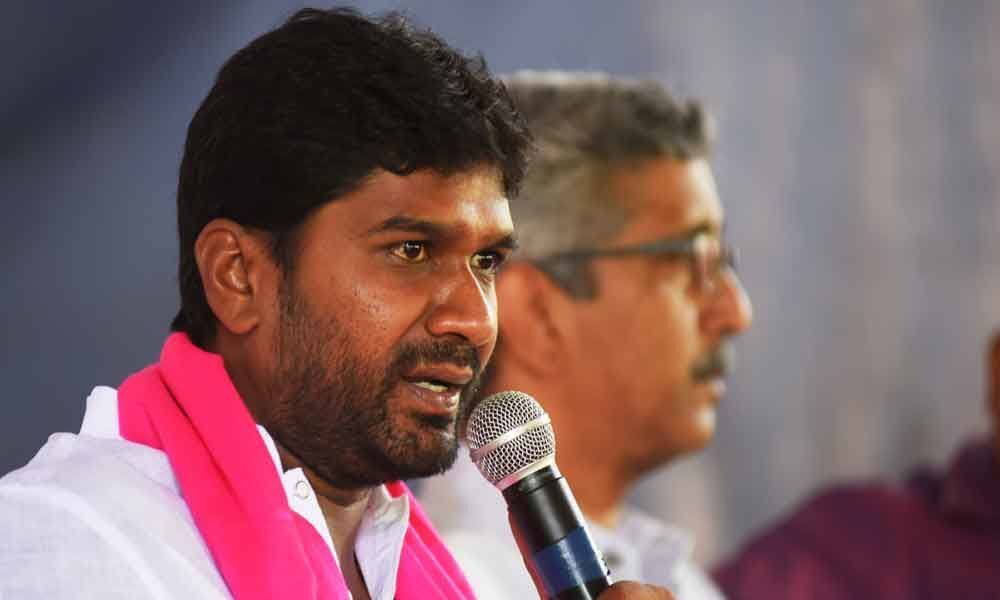 x
Sincerity, not seniority, matters much in politics
Highlights

TRS Secunderabad candidate T Sai Kiran Yadav on Sunday said that there was nothing wrong in dynasty politics and added that dynasty should be in every profession as this would help the people in getting experience.

Hyderabad: TRS Secunderabad candidate T Sai Kiran Yadav on Sunday said that there was nothing wrong in dynasty politics and added that dynasty should be in every profession as this would help the people in getting experience.

Speaking at the 'Meet the Press' programme organised by Press Club on Sunday, Sai Kiran Yadav advocated dynastic politics. He said that there was nothing wrong in dynastic politics and added that this should be in every profession. "A doctor's child should be a doctor and an IAS officer's child should be IAS. Similarly, a politician's child also should be a politician because they will get first-hand experience and basic knowledge from their homes," said Sai Kiran.

Replying to a question, Sai Kiran said that the Federal Front coming to power at the Centre is essential to get funds for the development of the State. The city needs Rs 50,000 crore for providing infrastructure and other works and the funds would be possible only if there is a favourable government at the Centre, said Sai Kiran. "The railways and the defence authorities are deliberately denying the Bison Polo Grounds to the State government for new secretariat. There should be Federal Front government at the Centre for taking over Bison Polo ground from the Defence personnel," said Yadav.

The TRS leader alleged that both the national parties including Congress and BJP have no love for Telangana. The government has demanded national project status for one irrigation project in Telangana but the Centre has not provided any national project to the State.

Yadav said that being young will not hamper his chances in the coming elections. What matters the most is sincerity and not seniority. Dattatraya also was contesting elections for the first time during his early days, he said. "We have seven MLAs including one of friendly party (MIM), 50 corporators, one minister in the Secunderabad segment. People are happy with the performance of the TRS government and hence they would ensure our victory. I will not rest until I make Hyderabad a world-class city," said Yadav. Yadav said, he would strive for self employment for the youth by providing skill development training.