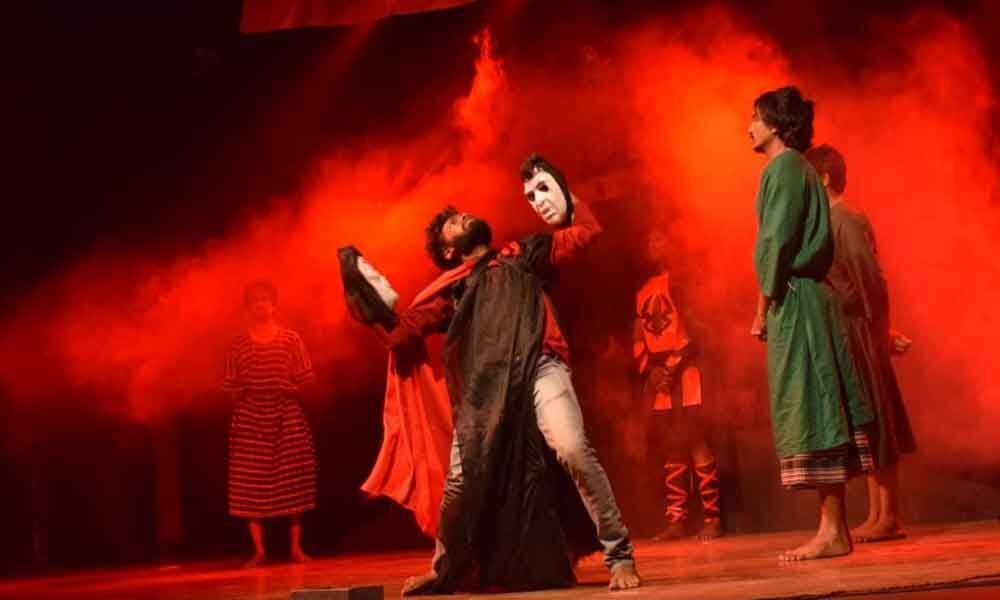 A play written and directed by Sharath Sunkari ‘World War 3’ received the first prize at the 11th National Vasantha Natyotsav, which was organised jointly by University of Mumbai, Sangeet Natak Academy and South Zone Cultural Centre, Nagpur. Artists from 15 different states staged plays at the event and the play ‘World War 3’ stood first.

Speaking on the occasion, the director and writer of the play, Sharath Sunkari said that the play defines the world leader, not in terms of military power, but as the one who has capabilities to provide better education, medical and healthcare facilities through the use of better technologies and financial policies. A world leader should be a role model to other countries rather than posing a threat, he added.

Sharath thanked the Telangana Language and Cultural Department for their encouragement and assistance in staging the play at the national event. "A Telangana play has been recognized at the Mumbai venue and it's a matter of great pride for me and the State," he said. Sharath received the Ugadi Yuva Puraskaram award in 2016 and was awarded for best choreographer in the year 2012. He received Nandi Awards in 2015 and 2016.