The glittering history of Nizams Jewellery 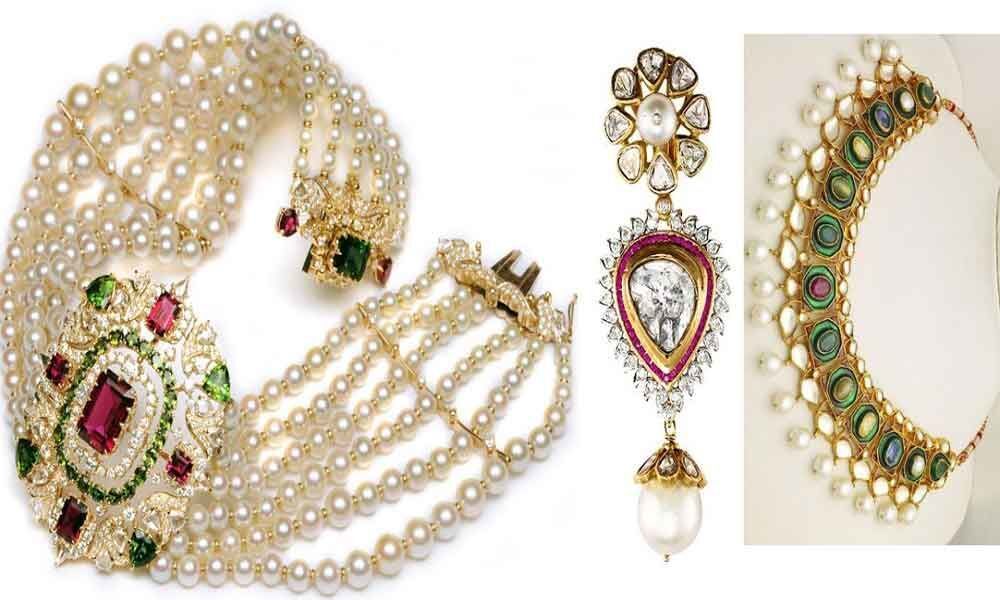 In the 1930s and 40s, the Nizam of Hyderabad was known to be the richest man on earth. It is interesting to know how the Nizam became so rich.

Hyderabad: In the 1930s and 40s, the Nizam of Hyderabad was known to be the richest man on earth. It is interesting to know how the Nizam became so rich. Qamaruddin Khan (Nizam-I) and his family had been in the Mogul court since Emperor Jahangir's reign and had established himself in Shah Jahan's rule. He was completely trusted by Aurangzeb, who had been venturing in Deccan region.

The four Deccan rulers, namely Adil Shahi, Burid Shahi, Nizam Shahi and Qutub Shahi rulers, were richly stocked with huge riches and booty of the victory on Vijayanagar Kingdom at Rakshak Tangdi and the last Qutubshahi ruler, Abul Hasan Tanashah, was sitting on quintals of Golconda diamonds, mined by his trusted Vazir Mir Jumla, who later defected to Aurangzeb.

After the death of Shah Jahan, Aurangzeb, had to do the unfinished job of defeating all the Deccan rulers, which he did successfully, and appointed his trusted Qamaruddin Khan as commander in chief and viceroy of Deccan and Malwa, based in Bijapur.

It is interesting to note that all these rich rulers had to surrender, and all the wealth was accumulated and stored in the Moghul Khazana, the residual wealth of the Vijayanagar Empire with the defeated Deccan rulers. After the fall of Aurangzeb at Aurangabad, there was chaos in Delhi and the Mogul house was in disarray and Qamaruddin Khan wisely dissociated himself from the Moguls, as he could foresee the end of their rule.

Qamaruddin Khan first took over the Aurangabad Cantonment and gradually became independent. Most likely he also retained the India's biggest Shahi Khazana. Thus, started the Asaf Jah Dynasty around 1,725 AD and had virtual control on central and southern India.

Most of the assets that were with him were only transferred without any war or bloodshed. But rather, it was a smooth takeover by the most important Moghul courtier. The Nizam had a filled Khazana of a wealth of many generations of different rulers from south to the moghul, including the peshwas, Tippu Sultan. The termination of Moghuls saw the rise of Nizam-Asaf Jah's, insulated from the British patronage. Later, Nizams suffered territorial loses to the British but most of the Jewel assets were least known but intact.

The Nizam Mir Osman Ali Khan was the only buyer of the Basra Pearls when the west was in recession of world wars and he and his noblemen were the cash buyers, even the western jewellers wanted to sell to the Nizams because of the liquidity.

H.E.H. the Nizam's Jewellery Trust was created in 1951 by the Nizam and putting some what he felt important and relevant Jewellery in a trust for his progeny, and later the trust changed shape and the Govt of India finance secretary was member of such a trust.

According to historical records, when 2,000 mohar gold coins which were India's largest gold coins of memento of Emperor Jahangir were about to be auctioned, an objection by the consulate of Berne intervened stating the Nizam had mortgaged these coins and stopped the auction.

The Government of India objected that it was Indian antiques but after litigation it was sold privately for $10 million. These coins were specially made to commemorate the marriage of Nur Jehan and were gifted to her father, also turned up in the Nizams treasury.

We don't know how much undeclared historical gem and jewellery was shipped by the Nizam. But the present jewellery is seeing light of the day due to last Nizam's decision to have a trust.

Most of the jewellery kept with the trust has been very important because the Nizam had sentiments attached to these items due and have been personally used by important rulers and their queens making these items even more valuable.

Only the Jacob diamond resulted in a headache to the Nizam the VI Mir Mehbub Ali Khan. The huge Rose cut-PolkiDiamod Necklace is perhaps the coronation piece of the Asaf Jahs, similarly the diamond Sarpench with a hunting bird 'fakhta' was made for Ali Adil Shah, who despite being a minor was crowned as king of Bijapur.

There are a few Zanani jewellery except a few but most of the items are Mardani jewellery, in the pieces we can observe at various gem are missing in the mountings ,also signifies the importance of the ex rulers who wore and adored it and were also the most important pieces of the different rulers inherited with the Nizams.

The Nizams house was the last place of Indian history's finest jewels, gems and art objects. It was either passed on or squandered; most of historical jewellery was drained through Hyderabad House. People think that Salar Jung, the Nizams Prime Minister, only had a very good collection but the jewellery passed through the Nizam's Khazana.

It is known that the world's top gem dealer Harry Winston was about to clinch a deal with some insiders in the family or trust to buy the whole lot for Rs 6 crore, in association with Delhi gem dealer. Later the Galadari brothers (UAE) also claimed to have offered Rs 22 crore, leading to a litigation in the AP High Court and finally the litigation culminated in the Supreme Court order giving a choice to the Indian government to buy the same for Rs 218 crores which was done in close coordination of Sharda Parshad (chairman of Art Purchase committee national museum) and LP Sihare (Director-General of National Museum, New Delhi). Both were associated with the National Museum.

Hence, we are seeing a part of the splendour. There are many such trusts and many ex rulers have such assets either in litigation, bank lockers in dispute or hidden as treasure trove way away from modern times.

It is suggested that the Nizams Trust be compensated tax-free Rs 218 crore and this collection be named as the 'Golconda Jewellery' collection so that the heritage rightly belongs to famous Golconda diamond mines. Golconda was an epicentre for diamond trade till the fall of Qutub Shahi rule. Even in modern time, the most important gem experts only adore the world best diamond occurrence at Golconda, the original place of the world's finest quality of diamonds.

(Satish Govindas Shah is a gemologist and is chairman of Deccan Institute of Gem & Jewellery. One of the early gemologists in India, in 1978, he worked for the Ministry of Commerce, New Delhi, as gemologist in Gem Testing Lab. He belongs to the jagirdar of Raja Bhagwandas Haridas (1726) family who were the Nizams jewellers)