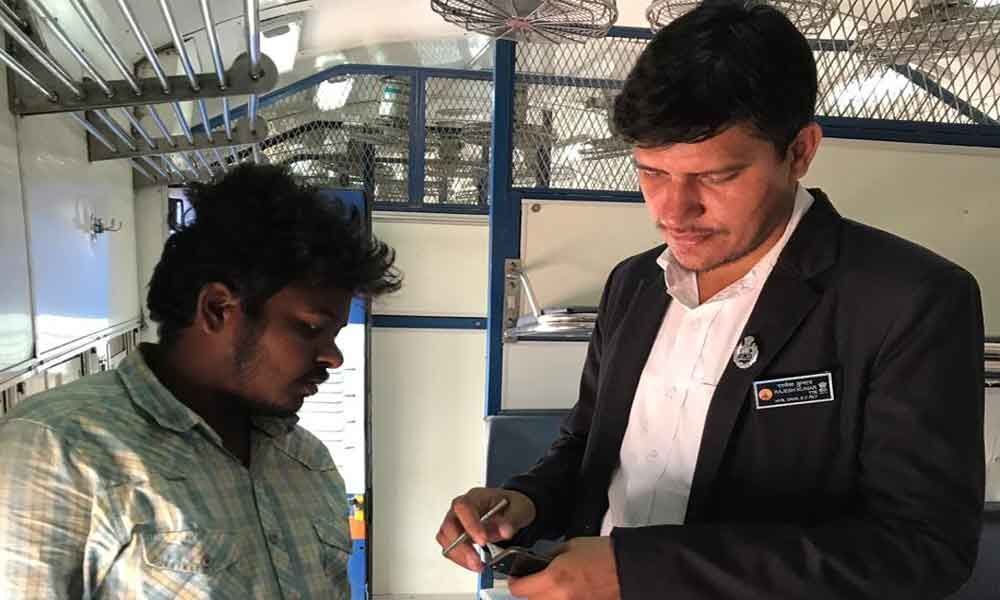 The South Central Railway (SCR) has created a record by ferrying 1.24 lakh passengers from Secunderabad to various destinations in the two Telugu states for the polls, but few would know how many travelled without a ticket.

Hyderabad: The South Central Railway (SCR) has created a record by ferrying 1.24 lakh passengers from Secunderabad to various destinations in the two Telugu states for the polls, but few would know how many travelled without a ticket.

According to the Railway Board, Rs 672 crore was recovered as ticket charges and penalties from irregular passengers in the first ten months of the current financial year. In 2018-19, 40 lakh cases were detected under the SCR jurisdiction and Rs 142 crore collected.

Speaking to The Hans India, SCR Chief Public Relations Officer CH Rakesh said, "Checks are continuous and an ongoing process. For a network as large as ours, everyday is a challenge." The statistics of people travelling without tickets is alarming (see box). As many as 1.81 lakh cases were detected and Rs 608.28 crore was collected in the last five years.

Across the country, 8.9 million passengers were caught in the first ten months of the current financial year. One of the reasons cited for the increasing number of ticketless travellers is the easy access into railway stations.

Mohanan, a retired ticket collector, said, "The first thought for a person running away from home is to head to a railway station. He gets on one of the numerous trains and hides in toilets and moves from one compartment to other away from the ticket collectors." Unlike metro rail services one can get onto the platform without a valid ticket, the entry and exit points at the railway stations are far easier to cross.

Ticket Examiners (TEs) are under tremendous pressure and are given stiff targets, and as a result, they flout rules. For instance, an examiner is not allowed to impose a fine on platforms. Mahesh, (name changed on request) an examiner, said, "The average target per month varies from Rs 1.6 lakh to Rs 2.2 lakh per month based on the category and seniority."

The TEs identify passengers who reach the railway station at nights or early mornings to board Raxaul Express, Guwahati Express, Dhanpur Express, Kachiguda-Korba and other trains that are always overcrowded.

Ravi, (name changed) another examiner, said, "One cannot allot a berth writing a penalty, but this happens all the time. TEs need to travel on train and book passengers that violate rules, but few follow the rules. During surprise checks, they get into the trains that are on the station and return. Many meet their targets in the first two weeks."