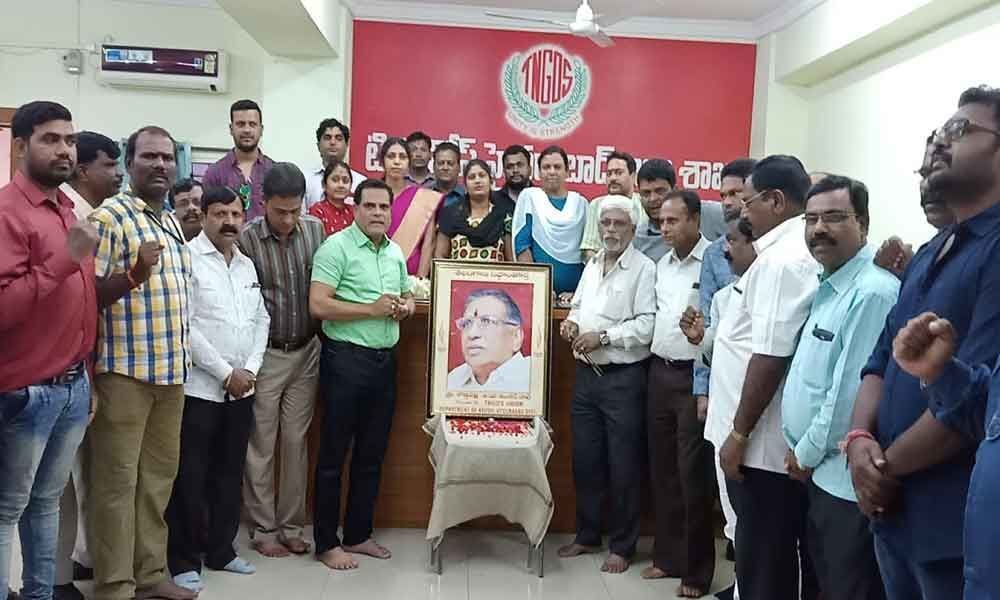 Addressing the 85th jayanthi of Prof Jayashankar at the association's office, he said Telangana State was formed with the inspiration provided by the TS ideologue. He stated that Chief Minister K Chandrashekar Rao had completed the Kaleshwaram lift irrigation project as desired by Jayashankar.

"The development in the State during the last six years is a real tribute to Jayashankar sir," he asserted. He added that the State employees who had taken active part in the separatist agitation were striving for achieving Bangaru Telangana.