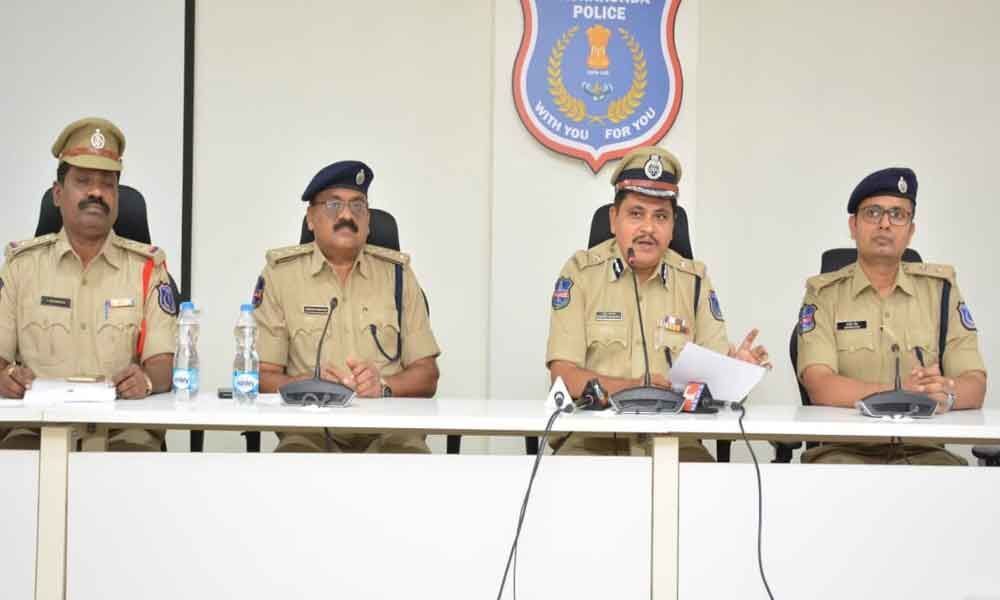 Traffic restrictions will be imposed near Pahadi Shareef of Balapur mandal in view of 3-day Ijtema (religious gathering) of Tablighi Jamaat from April 5 to 7.

Pahadi Shareef: Traffic restrictions will be imposed near Pahadi Shareef of Balapur mandal in view of 3-day Ijtema (religious gathering) of Tablighi Jamaat from April 5 to 7. According to Rachakonda Police Commissioner Mahesh Bhagwat, the traffic restrictions are being imposed to prevent inconvenience to the general public and commuters on the stretch and also to facilitate the devout to accesses the meeting place.

Traffic may be diverted on the route at different locations; as such commuters may use alternate routes to avoid inconvenience. "In order to facilitate traffic regulations in connection with 3 days of Ijtema scheduled to be held at open ground at Sulthanpur village of Pahadi Shareef, wherein about 2,00,000 devout from all over India are expected to attend the programme. The general traffic will not be allowed via Mandamallama Junction to Pahadi Shareef via Balapur (RCI Road) except vehicles with devotees attending Ijtema programme," he noted.

He further informed that commuters and general public of Balapur, Mallapur, Badangpet will not be allowed towards Pahadi Shareef side via RCI Road. Hence, they may take route towards Shivaji Chok (Balapur) Kanchanbagh, Barkas, Chandrayangutta.

On the last day of Ijtema, the April 7 where maximum crowd is expected, between 12 pm to 6 pm commuters who are coming from Chandrayangutta are requested to take diversion from Chandrayangutta and proceed towards Pallecheru, Durganagar, Aram Garh, Gagan Pahad, Shamshabad and ORR/ ORR Service Road to Srisailam Road.

Traffic coming from Kadukur, Maheshwaram on Srisailam Highway will not be allowed towards Chandrayangutta via Pahadi Shareef. Commuters will be diverted from ORR Service road/ ORR, Shamshabad, Old Kurnool, Chandrayangutta. "All the visitors and devout attending the Ijtema programme should park their vehicles at designated parking places.

They should not park or leave their vehicles on main road and if any violates the traffic rules and causes obstruction to traffic or inconvenience to public will be penalised under relevant provisions of law. All citizens are requested to co-operate with the Traffic police during the period of traffic diversion as above," the Commissioner informed.