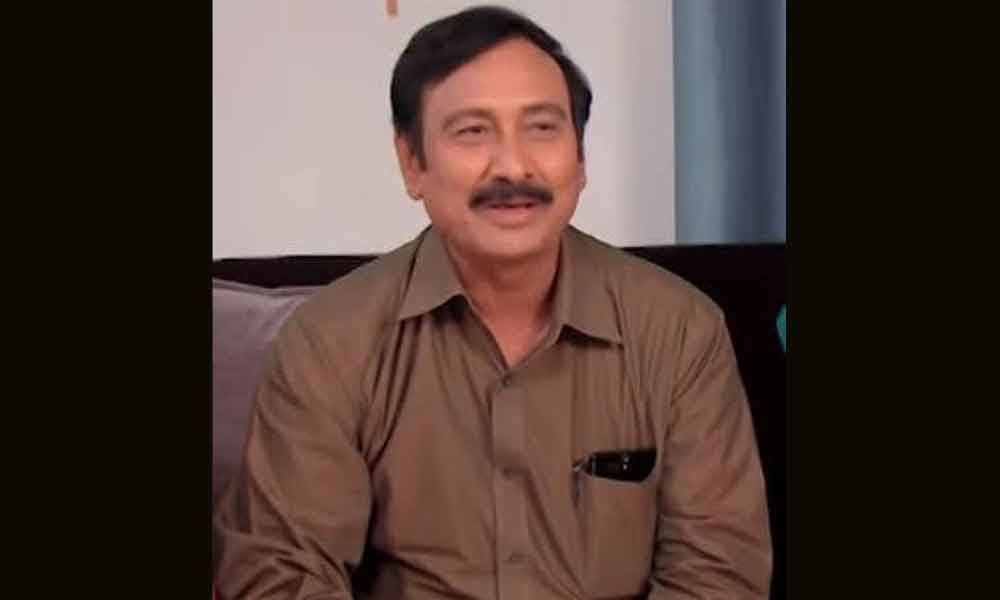 ‘Drama played a pivotal role in my life and even now I am respected by the people only because I am an actor,’ he says

Vijayawada: "I am very much lucky enough to act in 'Sri Bhagavatam' TV series directed by legendary director Bapu. Similarly, I acted in a typical 'Singaraju Lingaraju' in 'Varavikrayam' play written by Kallakuri Narayana Rao. In my acting career, the directors have chosen me for various characters both for stage and also for TV," said Konidena Sri Krishna Murthy in a brief interview with 'The Hans India'.

A good personality, excellent memory and metallic voice are the assets for Krishna Murthy. He was born in Konidena to Balaramaiah and Parvata Syamala Vardhini. Murthy had schooling in Murikipudi village and college education at Bapatla. Krishna Murthy's father was a private school teacher and also an actor. He used to act mostly in mythological dramas.

Murthy said his father was the inspiration to enter into drama field. His stage career started from his student days and acted in 'Pelli Chupulu' play. Since then, he has been continuing his acting activities. Initially, acting was his hobby and later it became a profession.

KSK Murthy received appreciations from critics as well as the legendary theatre personalities like Subbaraya Sarma, Tulasi Bala Krishna, C Narayana Reddy, and Dr D Vizia Bhaskar for his spontaneity on stage and moulded diction. Krishna Murthy said that he was directors' artiste and he would improvise and act as per the director's instructions. He recollected compliments for the performance as 'Singaraju Lingaraju' in 'Vara Vikrayam', 'Gangulu' in 'Palle Paduchu' dramas.

Both roles are entirely different to other characters. Murthy was a graded artiste in All India Radio and also Doordarshan. Murthy's wife Radha is also a good singer and she was popular with her cultural organisation 'Madhurami'. Murthy's daughter was a dancer and two sons were settled and they encouraged him to continue his acting profession.

"Drama has helped me to get a job. In fact, acting was my hobby when I started my life. Because of my acting in drama, I was offered a job in Vijayawada. Later, I worked in Bangalore Pesticides, New Tech Pesticides and Anjali Builders as head of the organisation. My father-in-law selected me as son-in-law only after watching my drama. Like that, drama played a pivotal role in my life and even now I am respected by the people only because I am an actor," said Murthy.

Acting is my passion and I will continue acting in dramas and also TV shows, if the character suits me. A good sign in theatre movement is many technical changes have taken place in theatre movement to capture the new audience. He also felt that the artiste must update himself to give better performance to the audience," says Krishna Murthy signing off the interview.

A scene from 'Minister' play