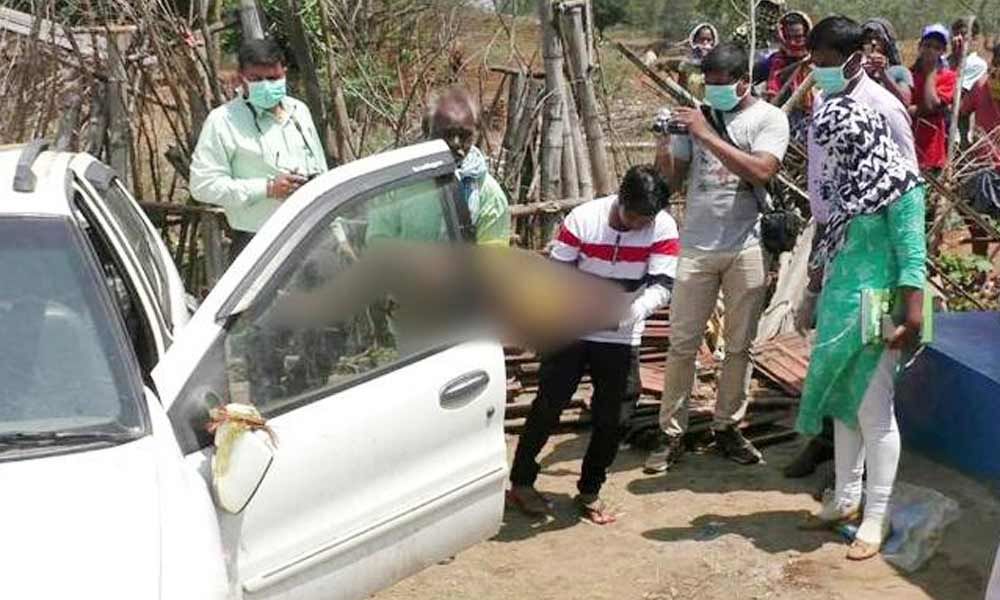 In a horrific incident, a minor girl, who went missing, was found died in an abandoned car.

In a horrific incident, a minor girl, who went missing, was found died in an abandoned car. As there was a knife slit injury on the girl's neck, it is suspected that she was murdered and later dumped in the car in Odisha.

The locals noticed the dead body of a 6-year-old girl lying in an abandoned car at Kanchana village in Koraput district and informed to Machkund police. Upon receiving the information, the police reached the spot, initiated the investigation. The dog squad from Koraput also arrived and examined the crime site.

According to the police, a widow, resides at Kanchana village along with her two daughters. On Saturday, she kept her daughters at home and went out for the work.

After returning home in the evening, she found that the girls were not present in the house. She thought that they might have gone to the neighbours to watch TV. Meanwhile, her elder came home, but the younger one was missing.

As the second daughter didn't return home for a long time, the worried mother approached the village elders. There was no trace of the girl even after searching for her in the surrounding areas. The next day, the villagers found the body of the girl in an abandoned car near their house and informed the matter to the police.

The police reached the spot and shifted the body to Lamataput government hospital for post-mortem. On receipt of the complaint from the deceased mother, the police have registered a case and are investigating further.