2020 tests if Dems can win enough black voters without Obama 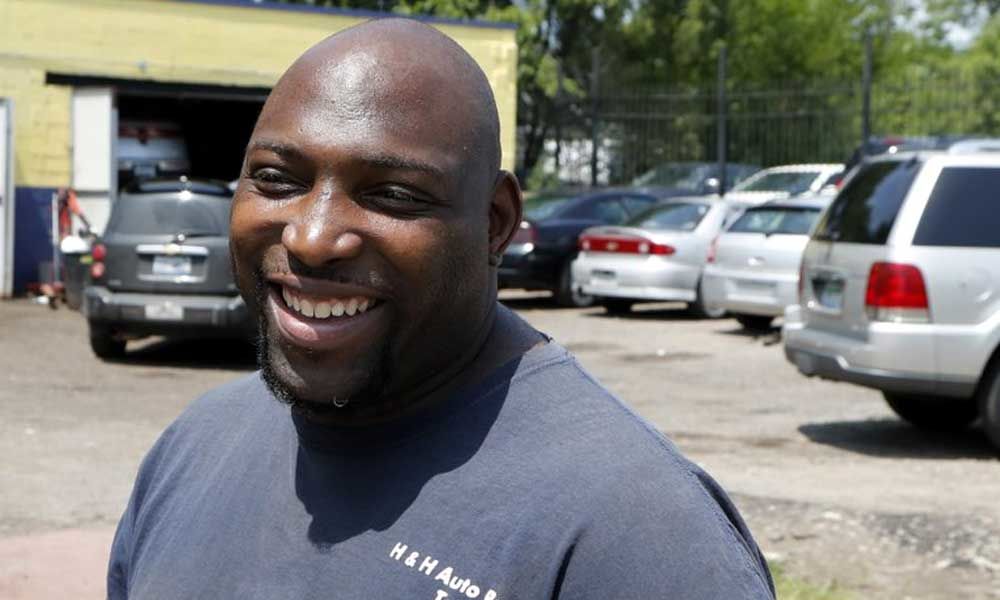 When Barack Obama was on the ballot in 2008 and 2012, there was no question that Terrance Holmes would vote for the first black president. But as he helped fix cars this week at a repair shop on Detroit’s west side, he recalled his ambivalence about the 2016 campaign.

DETROIT: When Barack Obama was on the ballot in 2008 and 2012, there was no question that Terrance Holmes would vote for the first black president. But as he helped fix cars this week at a repair shop on Detroit's west side, he recalled his ambivalence about the 2016 campaign.

"I just didn't feel no reason to" vote, said Holmes, who is black and holds a second job at an auto parts factory.

The 34-year-old feels differently now as another election season begins. He hasn't paid much attention to the early Democratic primary and didn't know that two high-profile black candidates are running. But he vowed to help vote President Donald Trump out of office in 2020, regardless of which Democrat emerges as his challenger.

The most important thing, Holmes said, is "to get Trump out."

The upcoming presidential campaign offers a critical test for Democrats of whether they can ever again rely on the multiracial coalition that helped propel Obama to the White House twice. Young black voters like Holmes are critical to that effort, especially in states like Michigan, which Democrats lost by just over 10,000 votes in 2016, ceding a state that hadn't backed a Republican since 1988. Reclaiming it, along with Pennsylvania and Wisconsin, would put Democrats on a firmer path to the presidency.

Black voters are the base of the Democratic Party, and its most consistent and loyal voting bloc. Blacks voted in record numbers for Obama in 2008 and 2012, and overwhelmingly supported Clinton in 2016.

But nationally, the African American turnout rate dropped 7 percentage points in 2016 from its record high during Obama's 2012 reelection, according to U.S. Census data. Other groups did not see a comparable decrease — white turnout increased slightly while Latinos held steady.

Bernard Fraga, a political science professor at Indiana University, wrote a book on turnout last year. He attributes the drop in black voter turnout to several factors, including Russian interference in the election, tactical errors by Hillary Clinton's Democratic presidential campaign and less enthusiasm for voting for someone other than Obama. But he said the most important thing Democratic candidates can do is prove to black voters that they'll work for their support.

"It's not one single thing, but what it points to is Democrats can't just take black turnout for granted," Fraga said.

Democrats insist they'll reverse the decline in 2020. They're already spending significant time in Michigan, holding their second presidential debate next week in Detroit. Many candidates were in town on Wednesday to address the NAACP's annual convention, where they outlined their agendas for black communities.

Several contenders are making explicit appeals to black voters and blasting their rivals as weak on issues related to civil rights. California Sen. Kamala Harris, one of the two leading black candidates in the contest, slammed former Vice President Joe Biden during the first debate for his opposition to busing in the 1970s. The other black candidate, New Jersey Sen. Cory Booker, is warning that the party needs a nominee who can turn out minorities who skipped 2016.

Vermont Sen. Bernie Sanders, who won the support of many younger black Democrats during the 2016 primary, has stepped up his references to racial disparities. Other candidates speak regularly of criminal justice reform, the racial wealth gap and high mortality rates among pregnant black women.

Not to be outdone, Trump has attempted appeals to black voters. Even as he ignited a firestorm this month with racist tweets targeting four congresswomen of color, he frequently touts the black unemployment rate that has declined under his administration and his support of a criminal justice overhaul bill.

Activists worry that Democrats still aren't doing enough to appeal to a minority population that remains alienated and demoralized, with unemployment rates higher than that of whites and continuing cases of police killing unarmed black men.

"Candidates have to understand the fault lines that exist within the black electorate," said Adrianne Shropshire of BlackPAC, which works on turning out African American voters. "The Democratic underperformance that we've seen can be explained in many ways by millennial dissatisfaction."

Younger black voters — like young people overall — aren't as reliable as their older counterparts. But Michigan illustrates their importance.

Based on data from state voter records, Fraga estimates a 12% drop in black voter turnout in Michigan in 2016 compared with 2012, the steepest decline in African American voting performance in the nation along with neighboring Wisconsin. Fraga said the falloff was disproportionately among younger and male voters.

Democrats found some promising signs in Michigan last year. The party clinched the governor's mansion and attorney general's office and netted two House seats. Democratic groups say their internal data suggests some black voters who didn't participate in 2016 showed up to the polls in 2018. In Detroit, 28,000 more ballots were cast than in the prior midterm election of 2014.

Lavora Barnes, the chairwoman of Michigan's Democratic Party, said the party started contacting black voters shortly after the 2016 election, knowing it had to invest more in turning them out. It also has had to tailor a message to younger voters whose political awareness started with Obama's 2008 campaign.

"It is a very different world where you grew up with Barack Obama, and then you saw your country turn on you and elect Donald Trump," Barnes said. She tells younger black voters: "This is the moment you fight."

Democrats remain nervous about that fight. Priorities USA, a major Democratic campaign group, warns that it has found African Americans remain less motivated about 2020 than other Democratic voters.

"The slice that isn't being engaged by the Democrats is non-college black men. The people who are talking about this are the RNC," Snyder said, referring to the Republican National Committee. "The RNC and Trump are coming and saying, 'The reason you're locked out of the economy, the reason mortality rates are high is not anything to do with structural racism — it's these immigrants.'"

That gets to the heart of the challenge facing Democrats — whether they should focus on racism and risk alienating some white voters or talk about pocketbook issues that may have a broader appeal even if it speaks less to the concerns of minorities.

Shropshire of BlackPAC urged candidates to talk about everything, "including how different parts of our country experience things differently."

But Ronald Lester, a Democratic pollster who has conducted dozens of focus groups with younger black men, said Democrats don't need to talk so much about racism to win over black voters.

"That doesn't get you anywhere because people are pessimistic of the ability of people in Washington to change racial attitudes," Lester said. "You have to talk about wages, job opportunities."