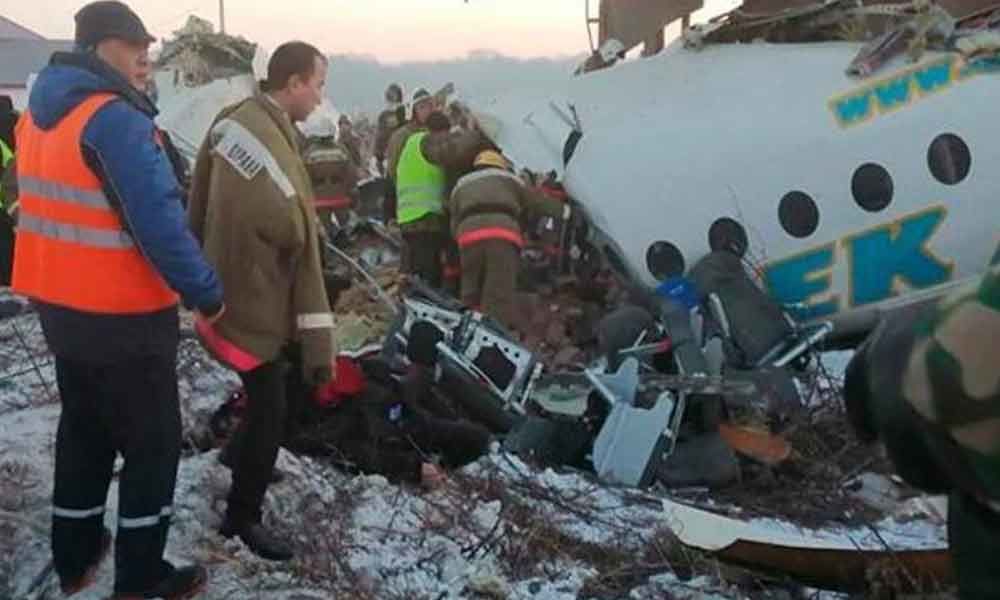 The airport said there were survivors and emergency services were working at the site.

Almaty: A plane with 95 passengers and five crew members on board crashed near Almaty on Friday, the airport of Kazakhstan's biggest city said.

The airport said there were survivors and emergency services were working at the site. The plane was headed for Nur-Sultan, the Central Asian nation's capital city.

"At the moment, the death toll is 7 people."

The committee and Almaty airport said emergency services were working at the site to get survivors out.