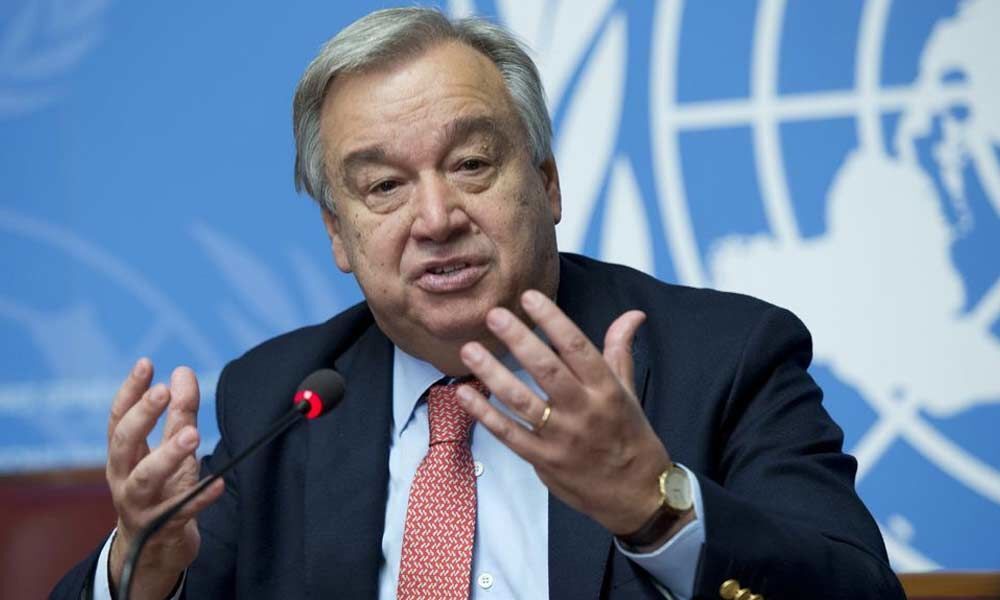 The treaty, known worldwide by the acronym CTBT, is a central pillar of international efforts to advancing nuclear disarmament.

UNITED NATIONS: UN Secretary-General Antonio Guterres has said the legacy of nuclear testing is "nothing but destruction," and in a world of rising tensions, "our collective security depends" on bringing a global treaty into force that bans nuclear explosions.

Guterres in his message for the International Day Against Nuclear Tests on Thursday said, "I reiterate my call for all States that have not yet done so, to sign and ratify the CTBT (Comprehensive Nuclear-Test-Ban Treaty), especially those whose ratification is needed for the treaty's entry into force,"

The treaty, known worldwide by the acronym CTBT, is a central pillar of international efforts to advance nuclear disarmament.

The legacy of nuclear testing is nothing but destruction. Affected communities have yet to fully recover from the environmental, health and economic damage.

I call on all countries to commit to bringing nuclear tests to a permanent end.

However, despite being widely supported "with 184 signatories and 168 ratifying States" it has not yet entered into force, more than two decades after its adoption.

"Honouring those victims requires bringing nuclear testing to a permanent end," said the Secretary-General, stressing that "yet, an effective and legally-binding prohibition remains one of the longest unfulfilled goals of nuclear disarmament."

The UN chief stressed that the CTBT is vital to ensuring there are no more victims; it is also essential to advancing nuclear disarmament.

The International Day against Nuclear Tests marks the closing, in 1991, of the nuclear test site in Semipalatinsk, Kazakhstan, the largest in the former Soviet Union.

More than 450 tests took place there, with impacts still being felt decades later.

The Comprehensive Nuclear-Test-Ban Treaty Organisation (CTBTO) is a Vienna-based international organisation that will be established upon the entry into force of the CTBT.

It will be tasked with verifying the ban and will operate therefore a worldwide monitoring system and may conduct onsite inspections.

The Preparatory Commission for the CTBTO, a UN partner forum, was set up in 1997 and consists of a plenary body composed of all States signatories to the Treaty and a Provisional Technical Secretariat.

Lassina Zerbo, Executive Secretary of the CTBTO and Beibut Atamkulov, Minister of Foreign Affairs of Kazakhstan, also issued a joint statement to mark the International Day.

"Kazakhstan and the CTBTO encourage States and the civil society to join forces to put an end to nuclear testing through advancing the much needed entry into force of the CTBT," they said.

The joint statement further mentioned the "Nazarbayev Prize for a Nuclear-Weapons-Free World and Global Security", which to be awarded to CTBTO and late Director General, Yukiya Amano, of the International Atomic Energy Agency (IAEA).

Saying that it is "high time" to bring the treaty into force, the joint statement urged countries to "take the last steps of this long journey and finish one of the longest sought international instruments in the area of non-proliferation and disarmament."