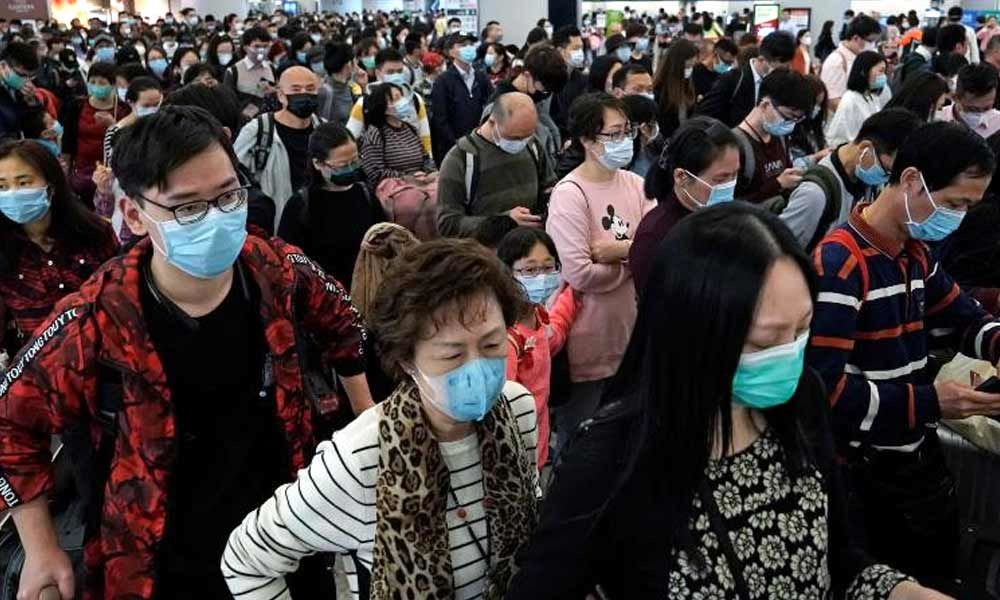 In the last 24 hours, 25 deaths in Hubei and around 800 new cases were confirmed, the National High Commission said.

NEW DELHI/BEIJING: India is finding it hard to assess the exact number of Indians stranded in central China's Wuhan city which has been placed under a lockdown, following the outbreak of the contagious novel coronavirus.

The death toll in China due to the 2019-nCoV has increased to 80 and around 3,000 people have tested positive for the virus, and some 6,000 were suspected to be infected.

Although more than 500 Indian students are studying in colleges and universities in Wuhan, official sources said that most of them had left the city before the outbreak for the Chinese New Year holidays.

The sources said that the Embassy in Beijing has been in touch with 45 Indian students stuck in Wuhan, but wasn't able to determine the overall figure of Indians living in the city.

"It is difficult to ascertain because usually, not all Indians there would register with the Consulate. Nor would they keep the Consulate informed if they were moving out," an official in the Ministry of External Affairs told IANS.

All transport services were suspended in Wuhan and its 11 million inhabitants have been prohibited from venturing out of their homes.

In the last 24 hours, 25 deaths in Hubei and around 800 new cases were confirmed, the National High Commission said.

By the end of Sunday, 51 people had recovered and there were currently a total of 5,794 suspected cases.

At least 32,799 close contacts have been traced, the Commission said, adding that of them, 30,453 were under medical observation while 583 were discharged on Sunday.

The figures also showed that 17 confirmed cases had been reported in Hong Kong (eight), Macao (five) and Taiwan (four).

Outside of China, there are currently eight confirmed cases in Thailand (five of which have been discharged from the hospital); five in the US; four each in Australia, Singapore, Malaysia, France, South Korea and Japan (one cured); two in Vietnam; and one each in Nepal and Canada.