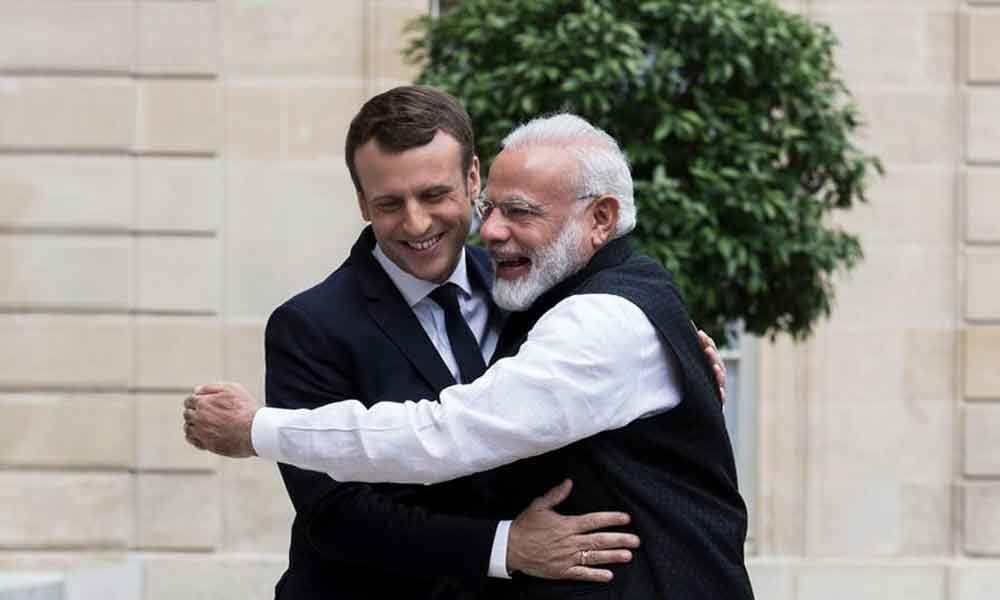 The seas are rising relentlessly but not the world leaders. It’s hot even in the Arctic but decision-makers are cool.

The seas are rising relentlessly but not the world leaders. It's hot even in the Arctic but decision-makers are cool. Young people are on the streets protesting against inaction, but heads of States huddled together in Osaka, Japan for the G20 meeting with facile jokes, embarrassing handshakes and posed smiles.

The agenda for the 14th G20 Summit, crafted after series of ministerial meetings, was loaded with issues of trade and tariffs, free flow of digital data, 5G technology, terrorism, fugitive economic offenders, empowerment of women and slowdown of the global economy.

Deliberation on the existential threat for planet Earth posed by climate crises barely found space left in between.

By the end of the summit, a standard G20 Communique was released, that included a couple of sections of compromise text on climate change, among the 43 sections.

On climate change, 19 of the G20 members (except the US) reaffirmed their commitment to the Paris Climate deal and its irreversibility. The US, as in the last G20 summit, "agreed to disagree" and reiterated their stance of quitting the Paris Climate Agreement.

Against the shocking news of wildfires, heat waves and flash floods that sent tremors on a planetary scale, climate issues were neither discussed nor prioritised the way it demanded.

Growth-obsessed and trade-centred countries in the G20 remained focussed on economy and not on ecology which, in fact, dictates the economy.

There was an exception: In the bilateral meeting between French President Emmanuel Macron and his Chinese counterpart Xi Jinping, with a special appearance by UN Secretary-General Antonio Guterres, both leaders committed to stronger action on the growing threat of climate change. Macron reportedly refused to sign the G-20 communique that did not highlight the climate crisis.

The 45th G7 summit (of seven advanced global economies) will be held on August 24-26 in the town of Biarritz in France, under the French presidency.

After 2000, when it was realised that India and China would advance faster than expected, the G7 agreed to specially invite five more countries, including India and China, for their summit outreach.

Macron, the host known as a climate saviour, is close to both India and China. He has put the fight against inequality on top of this year's G7.

Macron's agenda recognises that the climate crisis has its indelible link with inequality which in turn has an axis to terrorism. Climate change hits vulnerable populations even harder, creating more inequality.

"It heaps inequality on inequality and insecurity on insecurity," says the G7 preparatory document. Climate Change is poised to be back as a major priority of the G7, apart from taxes and terrorism.

The four environmental priorities in the agenda are:

♦ Scientific warnings and international action on biodiversity and climate

♦ Tangible solutions for the climate and biodiversity

♦ Finance for the preservation of biodiversity

These priorities have emerged from scientific consensus in major reports of UN bodies.

The first report that appalled the world was "The Special Report on Global Warming of 1.5 degrees C", by the Intergovernmental Panel on Climate Change (IPCC).

It dealt with the scenario when the Earth's average temperature increases by 1.5 degrees Celsius above the pre-industrial level. The message from that report was very clear, that the rise in temperature has to be limited to 1.5 degrees Celsius to avoid disastrous consequences to coastal areas, island countries and the economy in general.

That would need much more ambitious pledges by the countries than the promises they submitted for the Paris Climate Agreement. The report also provided a tragic observation that the global average temperature rise has already reached near 1 degree Celsius and, with the current speed of action, the additional rise of half a degree is just about 12 years away- within the lifetime of most of humanity living today.

The second landmark report was by the Inter-governmental Science-Policy Platform on Biodiversity and Ecosystem Services (IPBES), the UN's expert nature panel.

It reported that the scale and speed of decline of ecosystems on which our economic growth depends is unprecedented in human history and is likely to continue for at least 50 years. Worse, the speed and scale would accelerate due to inaction on the climate crises.

But now there is opportunity for introducing a correction factor. A Narendra Modi-Emmanuel Macron moment could happen during the G-7, at their proposed bilateral meeting, for which Macron has invited Modi.

Both are known as bold decision-makers. Macron in 2018 declared a carbon-tax. In the 2019-20 Indian budget, the Modi government has declared an additional tax on petrol and diesel, equivalent to carbon-tax.

Both Modi and Macron have launched and progressed on the International Solar Alliance that has the potential to be a game-changer in clean energy solutions to the climate crisis.

While Macron has proposed a change in the G7 format and wider consultations with various stakeholders and year-long follow up meetings, Modi has revolutionised the narrative on the way the State leaders can engage in creating action-oriented awareness.

He recently participated in an adventurous mission on Discovery Channel that attracted world attention to biodiversity.

After his recent win in the world's largest election, he visited the Himalayas to draw attention to the climate disaster visible in the receding snowlines of the Garhwal Himalayas.

Macron is the most transformative French president since Francois Mitterrand. Professionally an investment banker, he has persuaded eight major asset managers to make climate-friendly investments of $15 trillion.

He has coined the counter slogan of "Make the planet great again" in the face of US President Donald Trump's "Make America Great Again" election slogan.

A Modi and Macron moment during the G7 outreach would surely prove to be correction factor to the unfortunate trend seen at the G20 summit.

(The author is Chairman, TERRE Policy Centre and former Director UNEP. The article is in special arrangement with South Asia Monitor)