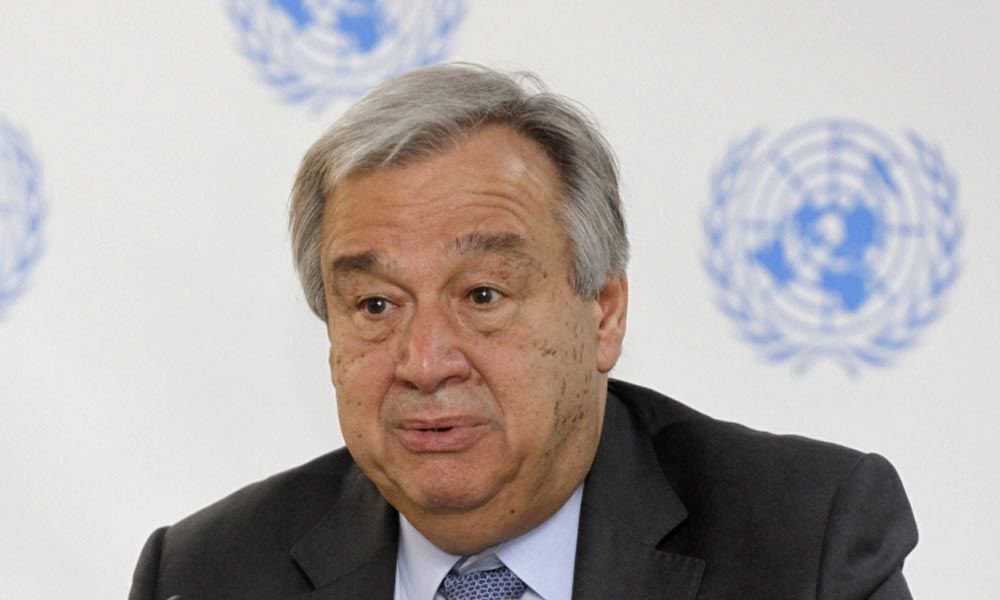 UNITED NATIONS: United Nations Secretary-General Antonio Guterres came out on Thursday against changing the status of Jammu and Kashmir and backed Security Council resolutions, of which the main one requires Pakistan to withdraw all its nationals from Kashmir.

His Spokesperson Stephane Dujarric said: "The Secretary-General calls on all parties to refrain from taking steps that could affect the status of Jammu and Kashmir.

The Council's Resolution 47 adopted on April 21, 1948, said Pakistan should withdraw its nationals from Kashmir before a plebiscite can be held. Pakistan, however, continues to occupy a significant part of Kashmir making a plebiscite impossible.

Since then, India has said a plebiscite was moot because of Pakistan's continued occupation and because Kashmiris have had their say in state and national elections.

"The Secretary-General also recalls the 1972 Agreement on bilateral relations between India and Pakistan, also known as the Simla Agreement, which states that the final status of Jammu and Kashmir is to be settled by peaceful means, in accordance with the Charter of the United Nations," Dujarric said.

While calling for maximum restraint, "the Secretary-General is also concerned over reports of restrictions on the Indian-side of Kashmir, which could exacerbate the human rights situation in the region", he added.

The Charter provisions directly applicable to the India-Pakistan situation require members to settle their disputes by peaceful means and to refrain from the threat or use of force against the territorial integrity of any nation.

The Charter also says that the UN cannot "intervene in matters which are essentially within the domestic jurisdiction of any state".

The Simla Agreement signed in 1972 by then Prime Minister Indira Gandhi and Zulfikar Ali Bhutto, who was Pakistan's President at that time, also said that Kashmir was a bilateral issue, thus ruling out third-party intervention.

The Secretary General's office circulated to members of the Security Council a letter written by Pakistan's Foreign Minister Shah Mehmood Qureshi to Guterres on August 1 expressing concern about the situation in Kashmir. He also asked Guterres to set up a "fact-finding mission" for Kashmir and to appoint a special representative.

Dujarric said that the letter was being studied and no decision has been taken on appointing a special representative.

He said that the Secretariat was in contact with the Permanent Missions of India and Pakistan over the recent developments.

Joanna Wronecka, the President of the Security Council, refused to answer a reporter's question about Qureshi's letter and if there would any action on it.