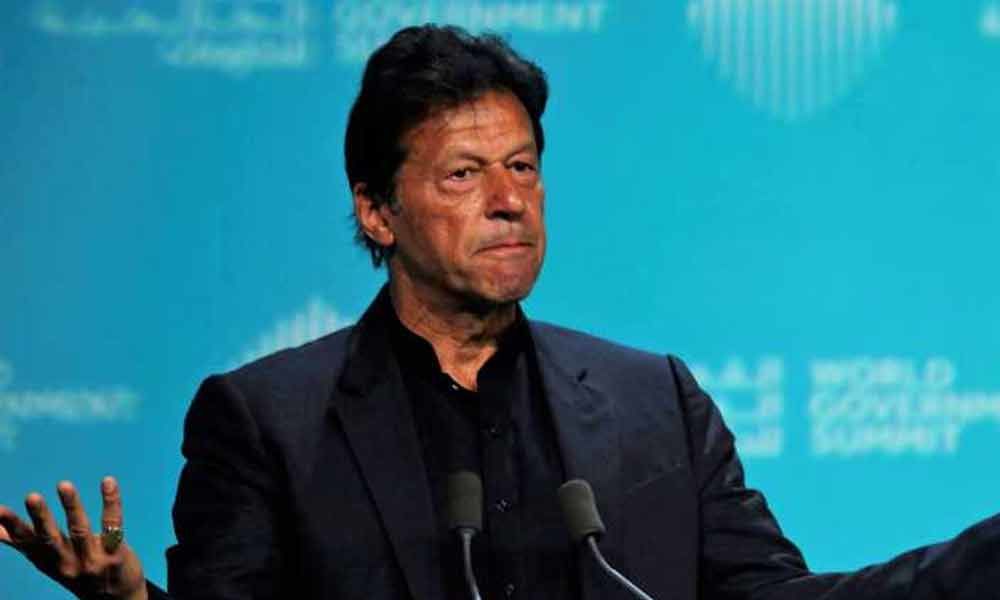 This will add to the financial problems of Pakistan, which is seeking aid from all possible international avenues.

NEW DELHI: The international terror financing watchdog FATF has decided to keep Pakistan on its 'Grey' list for failure to curb funnelling of funds to terror groups LeT, JeM and others and has given a September deadline to compile with its 27-point action plan, sources here said.

The Financial Action Task Force (FATF), which concluded its week-long meeting in Florida in the US, also asked Pakistan to take credible, verifiable, irreversible and sustainable measures to address global concerns related to terrorism and terrorist financing emanating from the territory under its control.

"The FATF has decided to continue to keep Pakistan on its compliance document (i.e. Grey List) for its International Co-operation Review Group (ICRG) for its failure to complete the action plan items due in January and May 2019," an FATF spokesperson said in a statement.

The FATF continuing Pakistan in the 'Grey' list means its downgrading by IMF, World Bank, ADB, EU and also a reduction in risk rating by Moody's, S&P and Fitch. This will add to the financial problems of Pakistan, which is seeking aid from all possible international avenues.

The FATF said, "We expect Pakistan to take all necessary steps to effectively implement the FATF Action Plan fully within the remaining time frame i.e. by September 2019, in accordance with its political commitment to the FATF and take credible, verifiable, irreversible and sustainable measures to address global concerns related to terrorism and terrorist financing emanating from any territory under its control".

During the FATF meeting, the US, the UK and France were some prominent countries to have voiced concern over Pakistan's failure to do enough to contain terror funding in its soil and not registering cases against terror masterminds Hafiz Saeed and Masood Azhar under anti-terror laws, sources said Saturday.

Pakistan continues to state that it has seized more than 700 properties of Lashkar-e-Taiba (LeT), Jaish-e-Mohammad (JeM), Jamat-ud-Dawah (JuD) and Falah-e-Insaniat Foundation (FIF), similar to what it did as a result of its previous grey listing in 2012.

However, FATF members are concerned that there are no cases registered against the terror leadership, namely Saeed and Masood and other UN-designated terrorists.

India's stand at the FATF Plenary and other related discussions have always been consistent regarding Pakistan. India has steadfastly supported the move of four nominating countries -- the US, the UK, Germany and France -- in February 2018.

These countries have voiced their concern that Pakistan is not doing enough to contain terror funding on its soil.

One of the key points made by these countries is the absence of a proper understanding in Pakistan of trans-national risk i.e., risk posed to neighbouring and other nations by designated terrorist organisations based in Pakistan. In June 2018, Pakistan was placed in the 'grey' list and given a 27-point action plan by FATF.

This plan was reviewed at the last plenary in October 2018 and for the second time in February, when the country was again put into the 'gray' list after India submitted new information about Pakistan-based terrorist groups.

In a bid to bluff the financial watchdog, Pakistani authorities have shown arrests of LeT, JeM, JuD and FiF cadres. But all were apprehended under its Maintenance of Public Order Act and not under the Anti-Terrorism Act, 1997. Under the MPO Act, authorities cannot hold a detainee beyond 60 days.

Pakistan has detained JeM founder Azhar and LeT founder Saeed mostly under the laws that provide for detention for apprehension of breach of peace, they have never been prosecuted under anti-terror laws.

The FATF implements UN designations, which do not warrant arrest. They ask only for freeze of funds, denial of access to weapons and travel embargo.

The financial watchdog also wants nations to impose penalties that are proportionate and dissuasive. The FATF currently has 35 members and two regional organisations - European Commission and Gulf Cooperation Council.

In the last meeting of the FATF in Paris, it said Pakistan should continue to work on implementing its action plan to address its strategic deficiencies, including by adequately demonstrating its proper understanding of the terror financing risks posed by the terrorist groups and conducting supervision on a risk-sensitive basis, demonstrating that remedial actions and sanctions are applied in cases of Anti-Money Laundering and Combating Financing of Terrorism violations and that these actions have an effect on AML/CFT compliance by financial institutions.