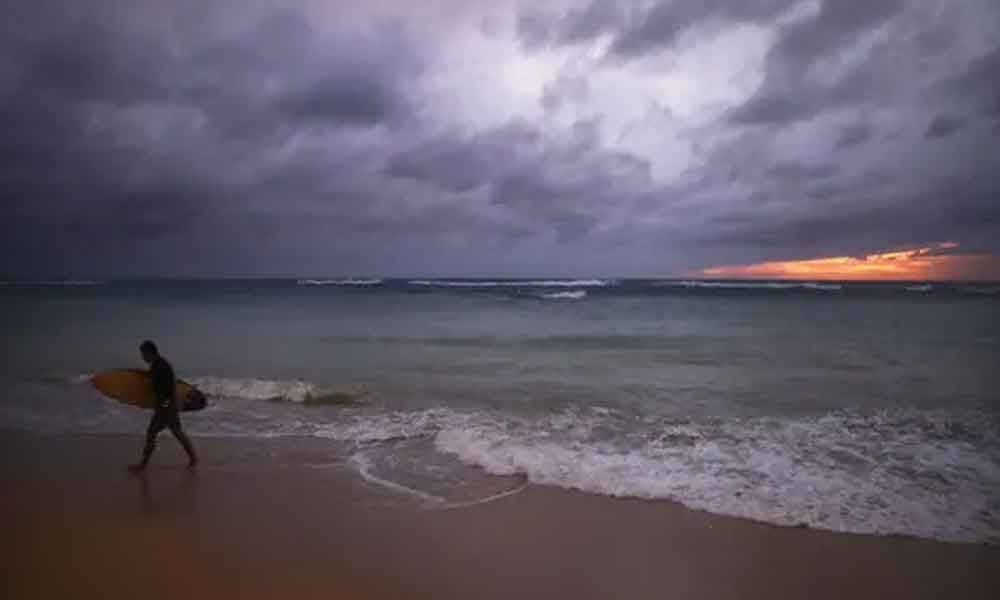 Upon returning to Japan, a pair visiting Waikiki Beach tested positive for the virus. Public health officials are reviewing whether or not someone...

Upon returning to Japan, a pair visiting Waikiki Beach tested positive for the virus. Public health officials are reviewing whether or not someone else has been exposed.

HONOLULU— Chantelle Pajarillo had settled in a resort on Hawaii's popular Waikiki Beach, looking for a relaxing long weekend with her family away from work and school. The happy aspect came to an end as soon as she turned on Friday night's television set and discovered that the coronavirus had caused a Japanese couple who had stayed at the same hotel to fall ill.

Ms. Pajarillo, who lives 25 miles away on another section of Oahu's island, didn't know what room the couple had stayed in, but it didn't matter: she called for a disinfecting wipes supply and started to scrub every surface she could find. "I swept away everything I thought they were going to touch: the sliding door, the fridge, the countertops and the toilet," Ms. Pajarillo said on Saturday as she headed back to the Grand Waikikian pool, toweling a stack of towels. "I am myself a germaphobe and I have three little children and I want to make sure I take every precaution."

Over the weekend, Hawaiian health officials searched quickly to locate someone who might have had contact with the Japanese couple, who had also visited Maui Island. Health authorities said the pair, both in their 60s, had not been hospitalized until they returned to Japan, but the husband started showing symptoms while staying in one of the most popular tourist neighborhoods in Hawaii.

Every year more than nine million people visit Hawaii, one in three being international tourists. Health officials said there was little risk that the infection would spread, but that they would continue to search for someone who has been in touch with the pair for a longer time. Before the two tourists were infected in Japan, there were no confirmed cases of coronavirus in the Country. Nevertheless, at least one local resident said he thought he had spent time with the Japanese man, who was later confirmed with the virus. The resident, 52-year-old John Fujiwara, said the friend he had been visiting with on Feb. 4 had the same travel itinerary as the man described by state health officials; He even now lives in the same city and is in his sixties. Mr. Fujiwara said that since he left Honolulu on Feb. 7, he was unable to contact his mate.

When they met to drink coffee, catch up and exchange chocolates as gifts, the man seemed healthy, if a little tired, Mr. Fujiwara said. The man had been shopping in Chinatown that morning and told him that immediately after their visit, he was planning to attend a Japanese language event at a local grocery store.

Mr. Fujiwara said that in The Honolulu Star-Advertiser, he had reached out to state health officials and tried to separate himself after reading a man article. A disease control specialist with the Hawaii Department of Health did not confirm in an email he shared with The New York Times that Mr. Fujiwara's friend was the one who had been infected, but advised him he would contact the department if he had any symptoms before Tuesday, which would be two weeks after seeing his friend — the maximum coronavirus incubation period.

Mr. Fujiwara said. "I plan to go to dinner with my girlfriend tonight, unless things change, specifically because I have it in writing from the State of Hawaii Department of Health to continue my daily routine,.

The spokeswoman for the Hawaiian Department of Health, Janice Okubo, said that the man who was diagnosed with the virus "is not known to have had any extended, close contact with Hawaiian citizens," but that health officials continued to investigate.

State epidemiologist Dr. Sarah Park said the man was most likely exposed to the virus before he left Japan or moved to Hawaii. He arrived on Maui on Jan. 28, along with his partner, who was also diagnosed with the virus on Saturday but did not show symptoms while in Hawaii. The man was also free of symptoms in Maui, but moved to Honolulu after the couple? on Oahu, on Feb. 3, he began showing signs of a cold.

A Hilton Grand Vacations spokeswoman who manages the hotel and time-share where the couple stayed in Waikiki, said the company has been coordinating with health officials. After returning to the couple's home in Nagoya, Japan's fourth largest city, the man who became ill wore a mask when he was out and on the flight back to Japan, officials said, and was diagnosed with pneumonia, and later with coronavirus.

The U.S. Centers for Disease Control and Prevention has reported that spreading the virus may be possible before showing signs of the disease, but that a person is much more likely to spread it when they have symptoms. Aubree

Aubree Gordon, an associate professor of epidemiology at the University of Michigan, said she agreed with Hawaiian health officials that people who had traveled with the man were at the greatest risk, although anyone who touched surfaces immediately after he did — such as a faucet or toilet handle— could also be at risk. "I think we'll have a lot of cases like this popping up, where people come to a place and get treated there, or leave, and we'll find out after they're sick," said Professor Gordon.

More than 68,000 people around the world were infected with the virus and more than 1,650 died, nearly all of them in mainland China, where the outbreak started in the city of Wuhan.