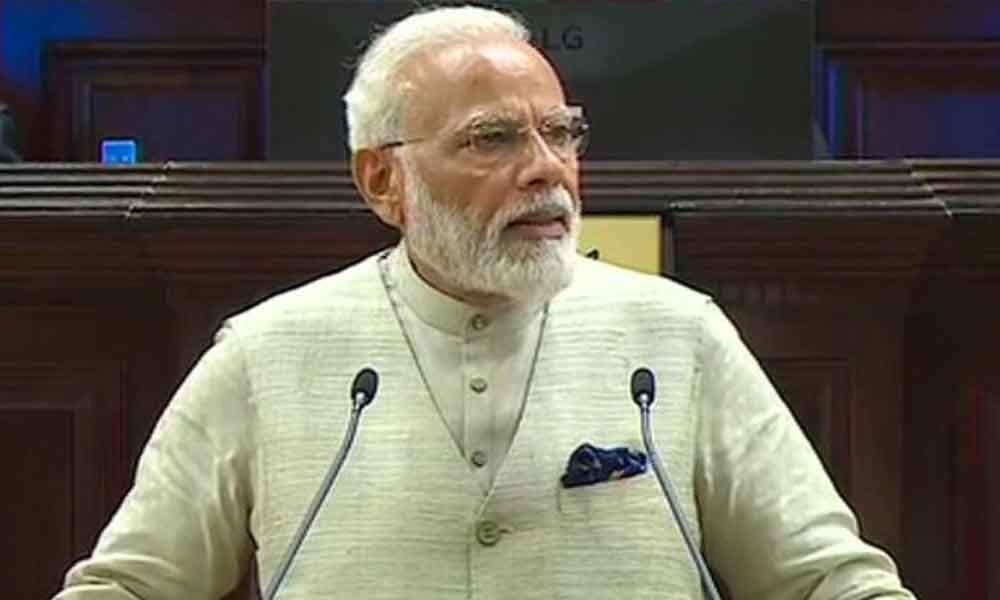 Maldives' Friday Mosque is a unique place of worship made of coral stones.

Male: India will contribute to the conservation of Maldives' Friday Mosque, a unique place of worship made of coral stones, Prime Minister Narendra Modi has announced.

PM Modi made the announcement while addressing the Muslim-majority country's Parliament, The People's Majlis, on Saturday and noted that the relations between India and the Maldives were older than history.

He said India will contribute to the conservation of Maldives' Friday Mosque also known as Hukuru Miskiy.

"There is no such mosque elsewhere in the world like this historical mosque made up of coral," PM Modi said.

He said he was happy that the Maldives was working towards sustainable development and has become a part of the International Solar Alliance.

Maldives President Ibrahim Mohamed Solih thanked the Indian side for their offer to carry out restoration of the Friday mosque by the Archaeological Survey of India under an Indian grant, said a joint statement.

He also appreciated the recent visit of senior scientists of the Indian Council of Agricultural Research and their ongoing cooperation with the Maldivian counterparts, it added.

Built in 1658, Friday Mosque is one of the oldest and most ornate mosques in the city of Male in Kaafu Atoll. The mosque was added to the tentative UNESCO World Heritage cultural list in 2008 as unique examples of sea-culture architecture.

PM Modi arrived in the Maldives on Saturday on his first two-day foreign visit after re-election as Prime Minister to strengthen the bilateral ties, reflecting the importance India attaches to its ''Neighbourhood First'' policy.

His visit demonstrates the priority that India attaches to the SAGAR (Security and Growth for All in the Region) doctrine.

The relations between India and the Maldives deteriorated after the then President Abdulla Yameen imposed emergency on February 5 last year.

Some decisions by Yameen including the imposition of restrictions on work visas for Indians and signing of a new Free Trade Agreement with Beijing also did not go down well with New Delhi.

However, the ties were back on track under Solih's presidency.

China views the Maldives as key to its Maritime Silk Road project in the Indian Ocean as it has already acquired Hambantota port in Sri Lanka and Djibouti in the Horn of Africa.