'Nepal won't be a part of any alliance 'targeting' another neighbour'. Do you hear, India and China? 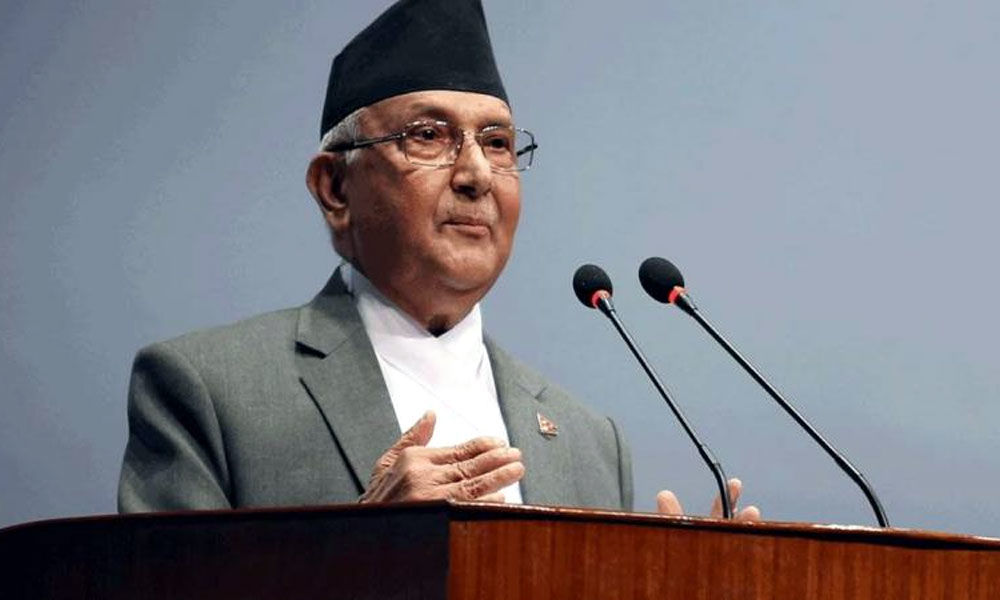 Foreign Minister Pradeep Kumar Gyawali said that Nepal has 'time and again made it clear that our soil will not be misused against the critical...

Kathmandu: Nepal said on Friday that it will not be part of any alliance which is "targeted" to a friendly country and would play a "sensitive role" to protect the "genuine interests" of its neighbouring countries, amidst China's increasing foray in the Himalayan nation.

Foreign Minister Pradeep Kumar Gyawali said that Nepal has "time and again made it clear that our soil will not be misused against the critical interests of both our neighbouring countries."

"Nepal will not be a part of any alliance which is targeted to another neighbour or friend... and Nepal will play a sensitive role to protect the genuine interests of our neighbouring countries," Gyawali told a group of visiting Indian journalists at a briefing here.

China has been investing heavily in Nepal in the last few years to enhance the connectivity and infrastructure.

Gyawali said Nepal will not allow being a ground where the big powers may have their contestations.

"We just want to develop our friendship. We have nothing to share the big strategies or global agenda," he said.

"So as a developing country, Nepal needs support not only in goodwill and moral support but resources also, because we have a big resource gap...," he said.

He said India and China can play a very important role to preserve the spirit of globalisation and spirit of regionalism.

"Nepal does not think there is any contest between India and China in the Himalayan nation," Gyawali said.

"It is an opportunity to be located between two most prominent powers of the region and which are emerging as a global power as well," he added.

Nepal and China last year elevated their bilateral ties to a strategic partnership of cooperation after the visit of Chinese President Xi Jinping to the country - the first by a Chinese president after 23 years.

The two sides also agreed to respect and accommodate each other's concerns and core interests. The USD 2.75 billion trans-Himalayan projects under China's controversial Belt and Road Initiative (BRI) is considered to be one of the most ambitious infrastructure plans ever undertaken by the Chinese government abroad.

India has been severely critical of the BRI, the pet project of the Chinese president, as it comprises the USD 60 billion China-Pakistan Economic Corridor (CPEC), which passes through Pakistan-occupied Kashmir.

"We are very careful and we are quite sensitive, and we are able enough to demarcate the development assistance and other strategies...," Gyawali said.

"Amity with all and enmity with none is the guidepost of our foreign engagements and foreign policy fundamentals," he said.

"Being guided by the principles of non-alignment in the charter, global peace and Panchasheel, we have always maintained friendly relations with neighbouring countries and big powers as well," Gyawali said in response to a question.

Gyawali said Nepal was "encouraged by the recent engagements, contacts, meetings and understandings between the leaders of India and China" after the Wuhan meeting and the very recent Chennai meeting.

"We are encouraged because the more engagements and understandings between the two neighbours contribute a lot for the regional stability and regional prosperity as well," he said, referring to Mamallapuram summit where Prime Minister Narendra Modi and President Xi held extensive one-on-one talks spread over two days as part of their second informal summit.

"We have told them that a stable, prosperous and peaceful Nepal is also in favour of them," he added.

"We think that the problems we are facing now -- climate change, poverty, terrorism, trafficking and many more -- cannot be dealt by a single country alone (no matter) how big, how powerful it is," the minister said.