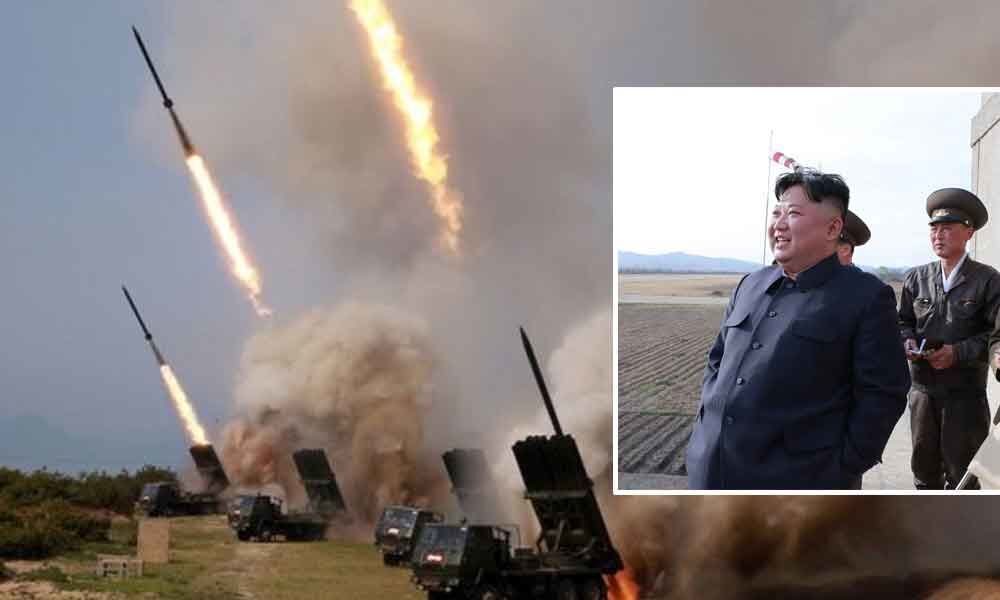 The country's official Korean Central News Agency did not specify the nature of the weapon tested in Saturday's launch. But a statement from the North Korean foreign ministry called it a "test for developing the conventional weapons". The missile launches -- Saturday's test was the fifth in two weeks -- are in protest at regular US-South Korean war games already in progress, which have long angered Pyongyang.

Kim "mounted the observation post and guided the test-fire", KCNA said of Saturday's launch, adding that he expressed "great satisfaction" with the result. Defence officials in Seoul said what appeared to be two short-range ballistic missiles were fired at daybreak Saturday from near the northeastern city of Hamhung, flying 400 kilometres (250 miles) before splashing down in the sea between the Korean peninsula and Japan. Kim had ordered that the test be carried out "immediately" after getting a report on the development of the new weapon, KCNA said.

"The detailed analysis of the test-fire result proved that the new weapon system's advantageous and powerful demand of the design was perfectly met," it added. In the foreign ministry statement carried by KCNA, Pyongyang said Seoul had "defiantly staged an aggressive war exercise against us". Any future talks will be "held strictly between the DPRK and the US, not between the north and the south", it said.