No proof that terrorists involved in Easter bombings had travelled to India: Sirisena 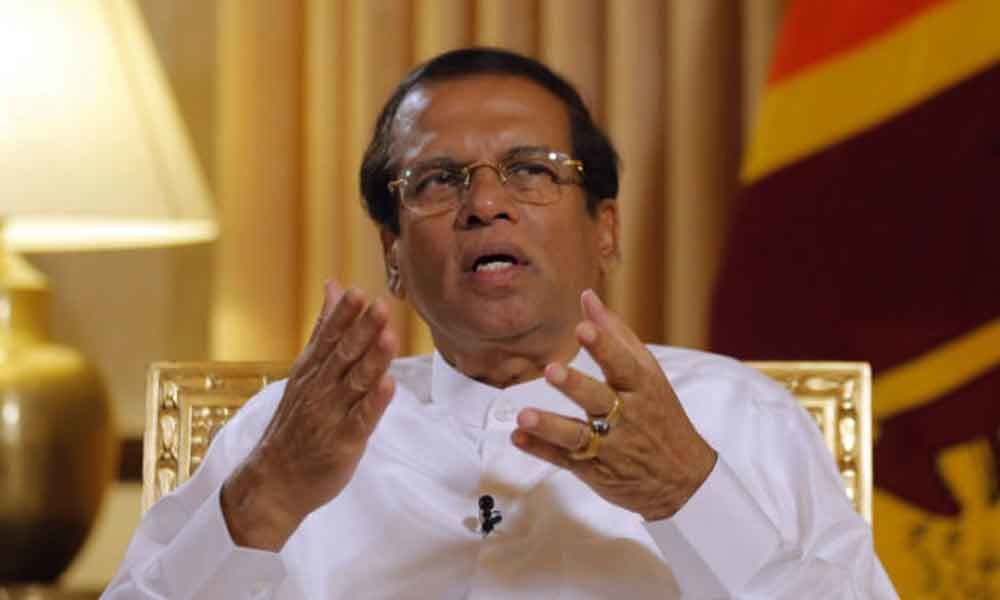 Sri Lanka was hit by a wave of bombings on Easter Sunday in which over 250 people were killed.

Colombo: Sri Lankan President Maithripala Sirisena on Friday said he has not received any report that the suicide bombers involved in the Easter Sunday terror attacks had travelled to India.

Sirisena also said a clear report about a possible terror attack was sent by Indian intelligence agencies to their Sri Lankan counterparts 17 days prior to the April 21 bombings but he was not informed about it.

"Had I known about a possible attack, I would have taken necessary steps to prevent it," Sirisena said during a media interaction. He was here to attend Prime Minister Narendra Modi's swearing-in ceremony.

Sri Lanka was hit by a wave of bombings on Easter Sunday in which over 250 people were killed.

"A clear report had been sent by Indian intelligence to the state intelligence agencies of Sri Lanka about the possibility of an attack. The Indian government sent the information on April 4," he said.

Sirisena said he left for a foreign trip on April 16 and till then he was not informed about the Indian intelligence report, though there had been exchanges on the issue between the defence secretary and the then inspector general of police.

"Had I known it, I would not have left the country," he said.

Sirisena said necessary disciplinary and legal action will be taken against the guilty based on findings of the ongoing investigation into the matter.

Asked about reports that the terrorists who carried out the attacks had travelled to India, the Sri Lankan president said he had not received any information about it.

"I have not received any reports that say they travelled to India. My officers have not reported about any connection linking them to India uptill now," he said.

Sirisena said his government has received support from India, the UK, the US and few other countries in the investigation into the bombings.

"The investigation has found that the perpetrators of the attack operated under an international organisation. The Sri Lankan terrorists had obtained training in countries where other terror groups are operating," he said.

The Sri Lankan president said the people involved in the bombings were from wealthy families and the suicide bombers included doctorate holders.

He said it was time for all the countries to come together and deal firmly with terror groups.