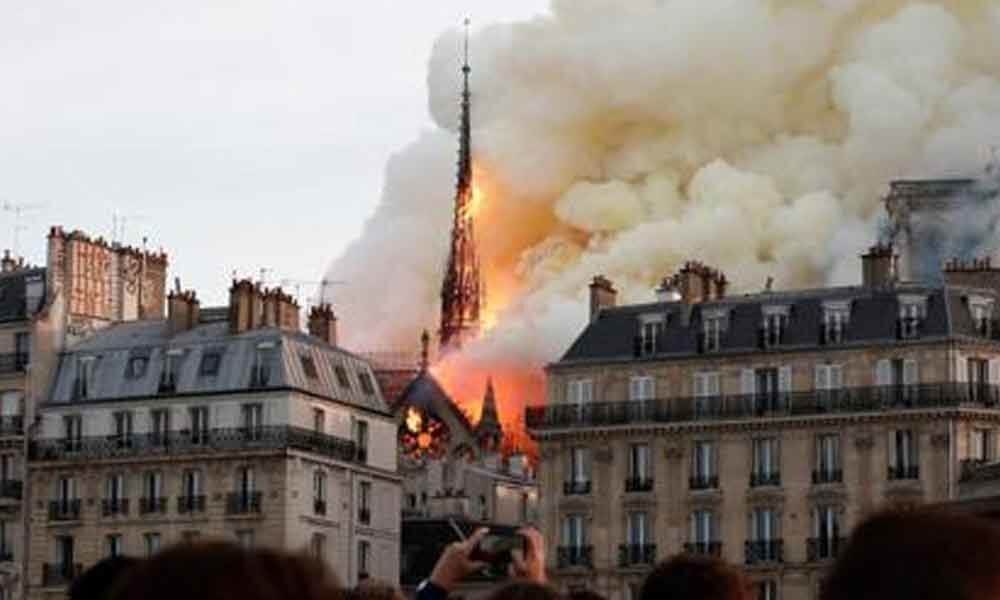 Before Notre Dame Cathedral in Paris, engulfed in flames on Monday, several heritage sites around the world have been either completely or partially destroyed by fires. Here are some examples.

Paris: Before Notre Dame Cathedral in Paris, engulfed in flames on Monday, several heritage sites around the world have been either completely or partially destroyed by fires. Here are some examples.

On July 9, 1984, a fire believed to have been triggered by a lightning strike caused severe damage to Britain's imposing York Minster. The massive blaze destroyed the roof of the south transept of the Gothic cathedral, which was completed in the 15th century.

The intense heat cracked its magnificent 16th century stained glass Rose Window into tens of thousands of pieces but it was able to be painstakingly repaired.

The museum was particularly reputed for the richness of its paleontology department with more than 26,000 fossils, including a dinosaur skeleton discovered in Brazil's central Minas Gerais.

Several specimen of species that disappeared in the blaze included giant sloths and sabre-toothed tigers.

Two electricians were sentenced to six and seven years in prison on negligence charges.

One of Spain's cultural jewels, the 150-year-old theatre was gutted in a blaze in which only the foyer and the horseshoe arch over the auditorium were left standing. It has since been reconstructed.

A major fire at Windsor Castle, west of London, on November 20, 1992, destroyed the northeastern part of the royal site, the queen's weekend residence.

Nine of the rooms were left unrecognisable by the fire, which started in the former Chapel Royal when a lighting projector too close to a curtain started the blaze during routine maintenance work.

It took 250 firefighters working 15 hours and pumping more than 6.5 million litres of water to bring the blaze under control.

The Castle reopened to the public in 1997 after five years of restoration.

Bosnia's 19th century National Library was destroyed in the war-time siege of the city of Sarajevo, overnight on 25-26 August 1992.

It had housed some two million books, old scripts, photographs and transcripts before it was shelled by Serb forces who kept Sarajevo under a three-and-a-half-year long siege.

Only some 10 per cent of its resources were saved from the resulting fire.

Reconstruction works, part-financed by the European Union, began in 1996 and the new library was inaugurated in 2014.

In 1951 the Grand Theatre of Geneva in Switzerland, built in the 19th century, was devastated in a fire that began during the preparation for a performance of Richard Wagner's "The Valkyrie". It reopened in 1962.