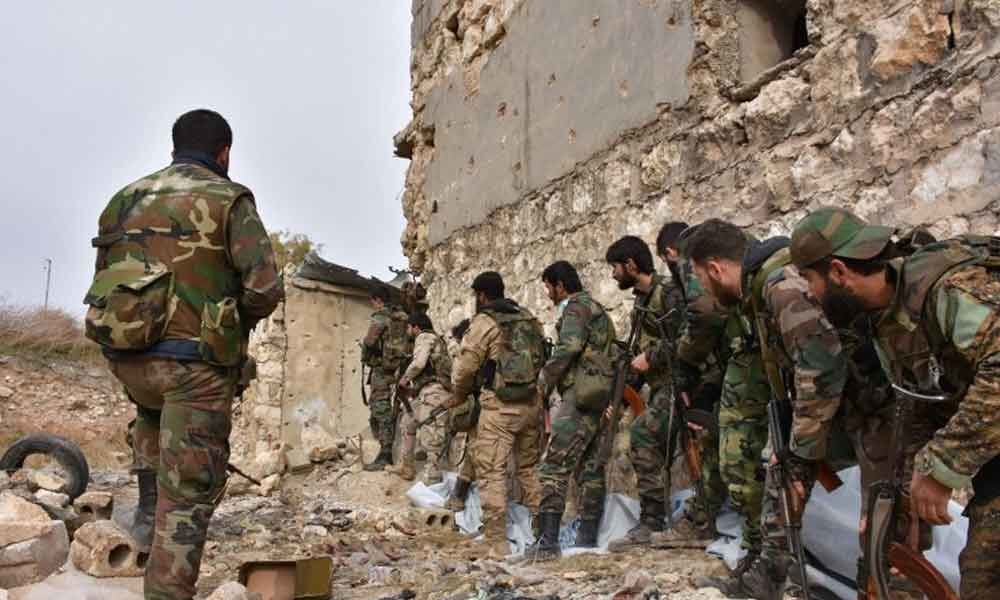 ‘We are heading to the towns of Tal Balah, Jalameh, and Jubain,’ a Syrian officer said in the village of Kafr Houd.

Hama: After recapturing Kafr Houd in the last few days, the Syrian Army is continuing its offensive to retake areas which are controlled by rebels.

"We are in the northern countryside of Hama in the village of Kafr Houd and we are heading to the towns of Tal Balah, Jalameh, and Jubain," a Syrian officer told Xinhua on conditions of anonymity.

"Our forces are advancing toward Tal Balah and Jubain to restore all areas that have been taken by the rebels over the past three days and the field situation is perfect," he said.

The army is advancing to secure the road between the towns of Mhardeh and Sqailbiyeh, which was shut following a recent attack by the rebels, the officer said. The road is strategic as it is a supply route for the Syrian Army units deployed in the region.

The inhabitants who fled after their towns fell to the rebels have started returning, head of Kafr Houd, Muhammad Ibrahim, told Xinhua.

"With the efforts of the Syrian Army, people have returned to the town of Kafr Houd and now they are in their homes despite the fact that many of the houses have been damaged as a result of the rebels' mortar shelling," Ibrahim said.

The fighting to retake towns has been raging since April. A total of 126 personnel from government-backed forces and 102 rebels have lost their lives in the three towns since the latest offensive was launched three days ago, according to the Syrian Observatory for Human Rights.