'What if Barack Obama had been assassinated': Ex-US vice president at campaign rally 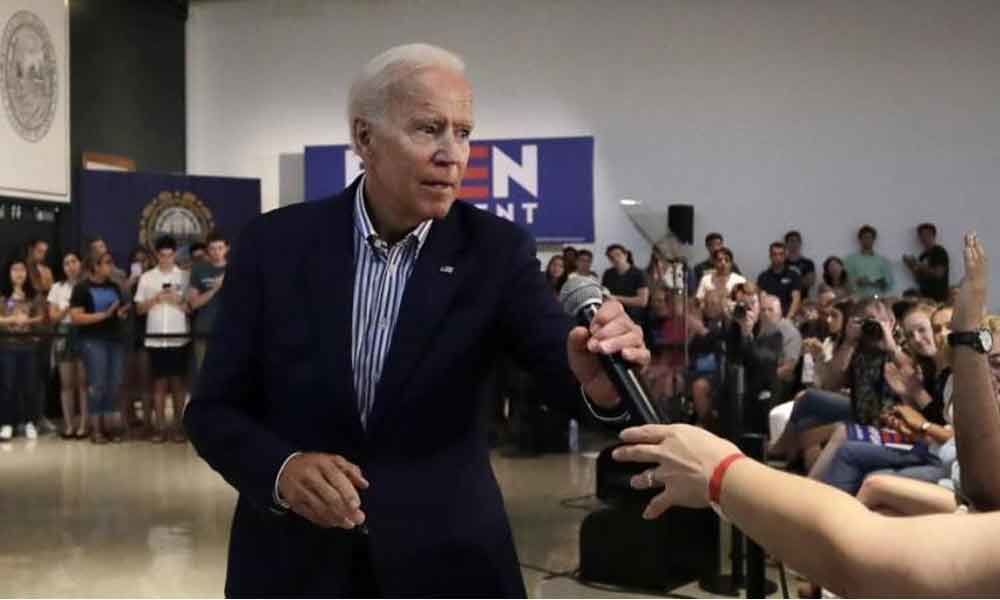 Biden’s two appearances Friday included several other problematic comments as he riffed to the crowd.

Croydon: Joe Biden pondered a most serious, and awkward, question at a campaign stop Friday: What if Barack Obama had been assassinated during his presidential campaign in 2008?

Toward the end of an event in Hanover, Biden evoked two of his political heroes, Martin Luther King Jr. and Robert F. Kennedy. Both were assassinated in 1968, Kennedy while running for president.

The 76-year-old Biden served as Obama's vice president for two terms and was a US senator representing Delaware for 36 years. He is seeking the Democratic nomination for president for a third time after two failed runs in 1988 and 2008 cycles.

Biden has long been prone to gaffes and misspeaking, another aspect of his candidacy that has come under scrutiny during his latest presidential run.

Biden's two appearances Friday included several other problematic comments as he riffed to the crowd. As he talked about teachers, he referenced his wife, Jill Biden, an educator, saying that if he didn't support teachers, "I would be sleeping alone."

At his final event of the day as he talked about taking away some tax breaks for richer Americans, Biden said, "I find most rich people are as patriotic as poor people."