Xi Jinping arrives in North Korea for summit with Kim 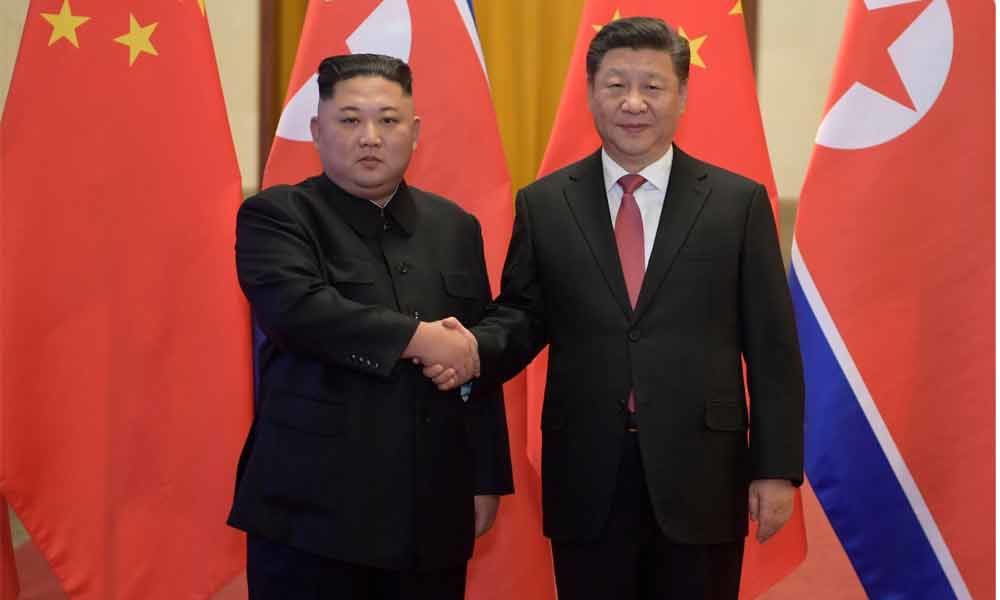 Chinese President Xi Jinping on Thursday arrived in North Korea, becoming the first Chinese head of state to visit Pyongyang in 14 years and the fifth since the two nations established diplomatic relations in 1949.

Pyongyang, June 20: Chinese President Xi Jinping on Thursday arrived in North Korea, becoming the first Chinese head of state to visit Pyongyang in 14 years and the fifth since the two nations established diplomatic relations in 1949.

Xi's two-day visit is at the invitation of North Korean leader Kim Jong-un. The last visit by a Chinese leader was when then President Hu Jintao visited Pyongyang in October 2005, reports Yonhap News Agency.

During the trip, the two leaders are expected to focus on solidifying their alliance and addressing other issues, including the North's nuclear programme.

His official schedule disclosed to the media includes a summit with Kim and a visit to the Friendship Tower, a symbol of the fraternal bond between Beijing and Pyongyang. Xi could also watch a mass gymnastic performance.

Given his relatively short stay in Pyongyang, the summit could take place on his first day.

When former leaders, such as Jiang Zemin, visited the North for three days, their summits came on their first day.

The summit agenda might include the North's denuclearization and ways to strengthen the countries' traditional partnership on the occasion of the 70th anniversary of the establishment of bilateral ties.

Xi could also reiterate Beijing's stance that the denuclearization process should run in parallel with negotiations for a peace regime to supplant the armistice that halted the 1950-53 Korean War, said Yonhap.

A day before the visit, Xi, in an op-ed published in an official North Korean newspaper on Wednesday, said his trip to Pyongyang will help achieve progress in the negotiations on the Korean Peninsula's denuclearization issue.

Kim has already visited Beijing for summits with Xi four times since March last year. His visits to China came shortly before or after his summits with US President Donald Trump and South Korean President Moon Jae-in.