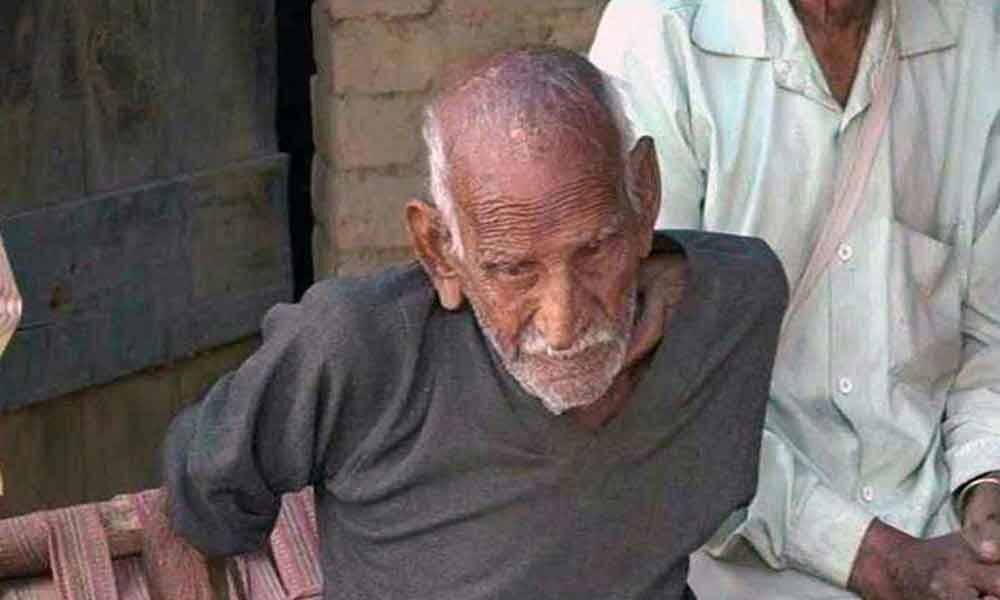 The seven-phase Lok Sabha polls are set to begin on April 11 and will end on May 19. The counting of votes will take place on May 23.

Khandauli: Democracy in India is 70-years-old but a 107-year-old man here is set to vote for the 17th time in the upcoming Lok Sabha elections.

Ram Prasad Sharma has been continuously voting in the Lok Sabha elections, first conducted in 1951-52. He is the oldest person in the Semra Village in Khandauli town.

"I have not been keeping well, but I will definitely go to vote this time also. I also request everyone to vote as it is the most important thing we can do for our country," Ram Prasad said.

His 75-year-old son said that he pushes everyone who comes to visit him, to vote. "He reads the newspaper every day to keep himself up to date about whatever is happening in the country. The zeal with which he prompts everyone to vote is commendable," he added.

The seven-phase Lok Sabha polls are set to begin on April 11 and will end on May 19. The counting of votes will take place on May 23.

In Uttar Pradesh, where 80 seats are at stake, polling will be held during all seven phases.