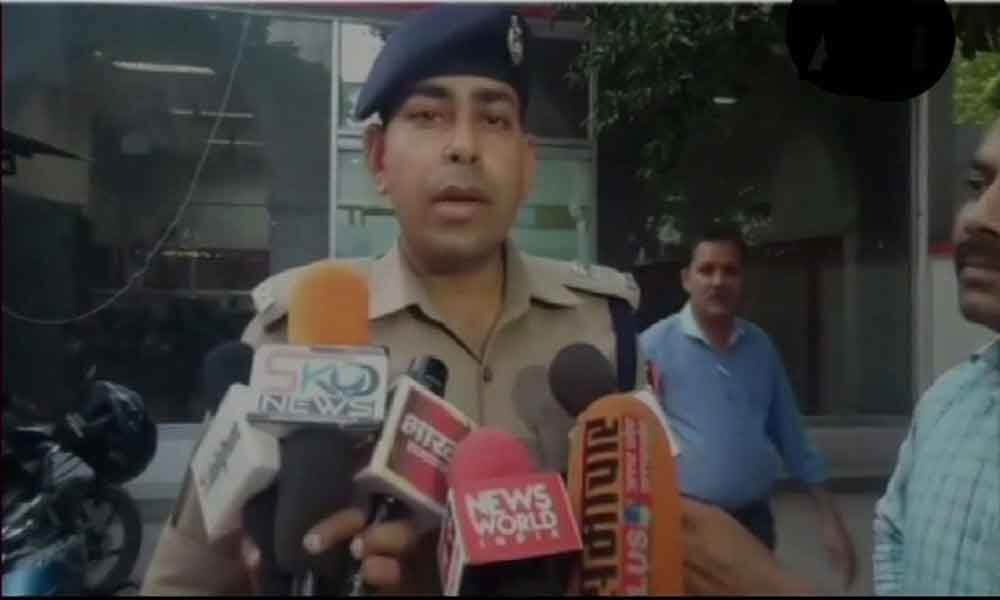 A notice of departmental action has been served to Commanding Officer (CO) Cant Munshi Rajendra Patel for not taking the matter seriously.

Lucknow: A fourteen-year-old boy apprehended on suspicion of theft was allegedly tortured in police custody, said police on Saturday.

The victim Manish Gautam said, "I was beaten by a constable inside Telibagh police station. I do not know the constable's name who had beaten me."

The victim further said, "Since I denied accepting the same, I was beaten by a stick on my legs and then the constable stood on my fingers. There was a station in charge and three other police officials present inside the police station. One constable beat me while others were sitting."

"These days I was driving an e-rickshaw that got stolen. I was taken on Friday evening by police. They were taking me to some other place then my mother came, so they left me," he added.

Victim's mother Shanti Devi said, "On June 24, the e-rickshaw was stolen. Three policemen came to our house on Friday evening and asked my son to come with them. My son was beaten inside the police station and after a while, they were taking him somewhere else. I stopped them and asked them to take me as well. Then one of the police officers asked my son to go."

Lucknow North Superintendent of Police (SP), Sukirti Madhav had said, "A man had accused the boy of stealing his e-rickshaw that the latter used to drive for him. The case will become clear after medical tests of the boy which will clarify whether the victim is a minor or not. Actions will be taken against those who have hurt the victim. It does not matter whether he is minor or not because police do not have the right to beat anyone."