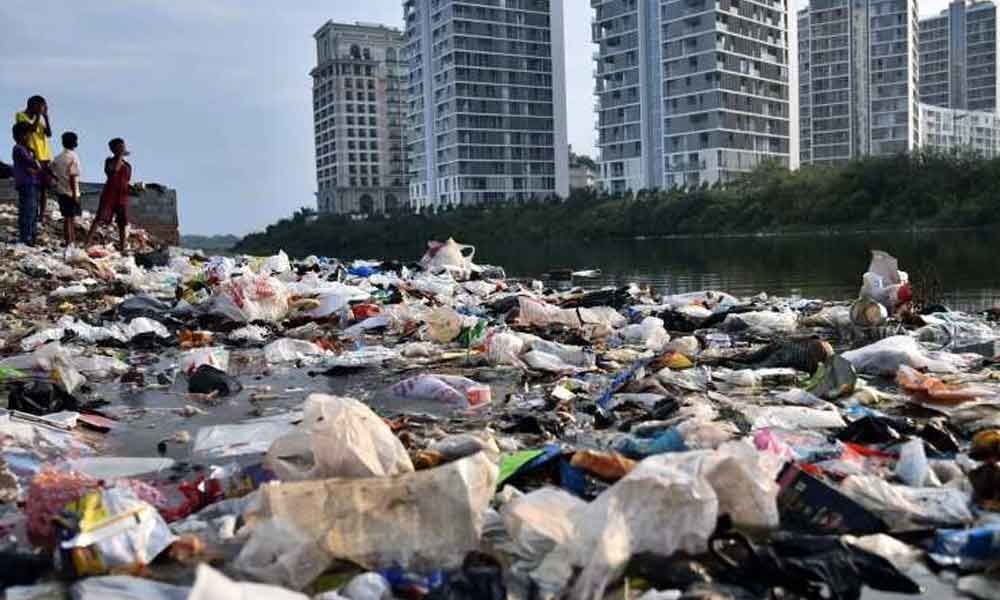 During a four-day exercise, authorities inspected 210 premises and sealed 75 plastic recycling units operating illegally without any license or consent from the Delhi Pollution Control Committee.

The National Green Tribunal had earlier directed authorities to shut down such units operating in non-conforming areas and causing "substantial air and water pollution".

During the four-day exercise, the authorities inspected 210 premises and sealed 75 plastic recycling units operating illegally without any license or consent from the DPCC.

Their power connections have been cut off, he said.

These units were operational in residential/non-conforming areas in violation of provisions of Master Plan of Delhi - 2021.

The DPCC has issued directions under Section 5 of the Environment Protection Act to seize the plastic found in these units and send it to waste-to-energy plant for disposal.

DPCC officials said such units can only be allowed to operate in industrial estates after registration under Rule 13 of Plastic Waste Management Rules 2016.

A large number of units running illegally are also closing down their operations on their own to escape the wrath of government agencies, they said.

While hearing issues related to the handling of plastic waste, the NGT had earlier pulled up government agencies for their inaction and had directed them to file action taken reports by August 5.

In a crackdown on plastic trading in December and January, authorities had seized 11,000 metric tonnes of plastic waste in 11 villages in west Delhi and had sent it to the waste-to-energy plant at Bawana for disposal.

Finding it difficult to function in Delhi, the illegal plastic trade units have now shifted to agricultural and open lands in Bahadurgarh area of Haryana.

But after segregation in Bahadurgarh, the plastic waste is being sent to illegal recycling units in Delhi, the official said.

The Bahadurgarh district administration has also been apprised of the issue and requested to take immediate action as per the NGT directions, he said.