After a much Amid discussion and drama, BJP announces Bengaluru South Seat for 28-year-Old Tejasvi Surya 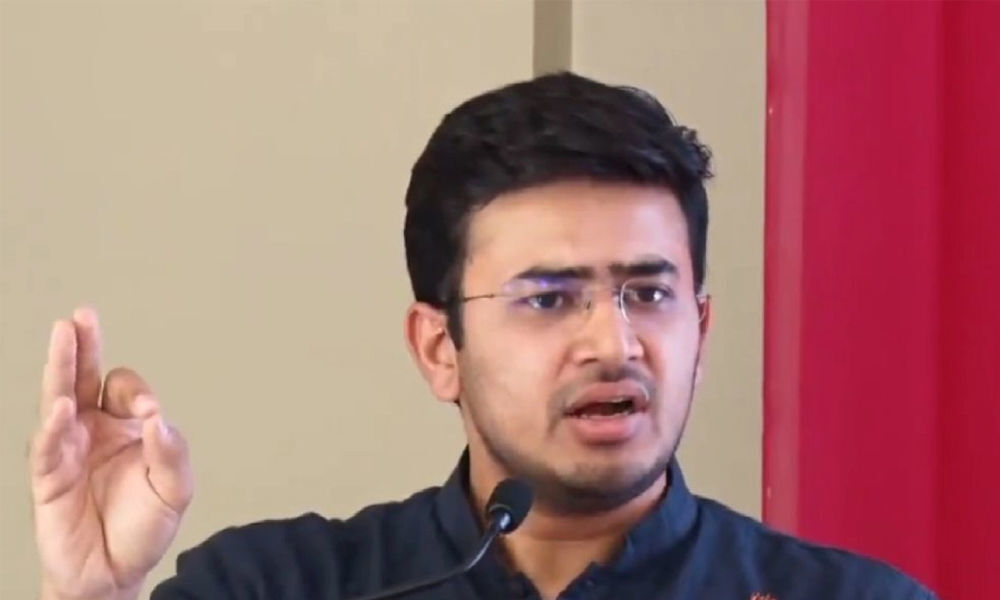 BENGALURU: A young Aspiring lawyer and a rising star in BJP Tejasvi Surya, has been named the party's candidate for the prestigious Bangalore South Seat in Karnataka after much discussion and drama. There was even talk about Prime Minister Narendra Modi Contesting from the seat beside his Varanasi seat in Uttar Pradesh.

"OMG OMG! I can't believe this PM of World's largest democracy and president of a largest political party have reposed faith in a young 28-year-old guy to represent them in a constituency as prestigious a Bangalore South... This can happen only in my BJP. #NewIndia of @narendramodi" tweeted Tejasvi Surya.

OMG OMG!!! I can't believe this.
PM of world's largest democracy & President of largest political party have reposed faith in a 28 yr old guy to represent them in a constituency as prestigious as B'lore South. This can happen only in my BJP. Only in #NewIndia of @narendramodi

Bangalore South was previously held by Union Minister Ananth Kumar, who died last year. Ananth Kumar had retained the seat ever since he defeated congress's BK Hariprasad in 1999.

Earlier, supporters of Tejaswini Ananth Kumar staged a dharna outside her V V Puram home over a likely denial of ticket. Surya's candidature may raise a lot of eyebrows and is likely to divide the Bengaluru South party Cadre. BJP also announced the name of former MLA Ashwath Narayan from Bengaluru Rural where he will face D Suresh, brother of Congress troubleshooter D K Shivakumar.