After Imran Khan's jibe, BJP takes a swipe at opposition 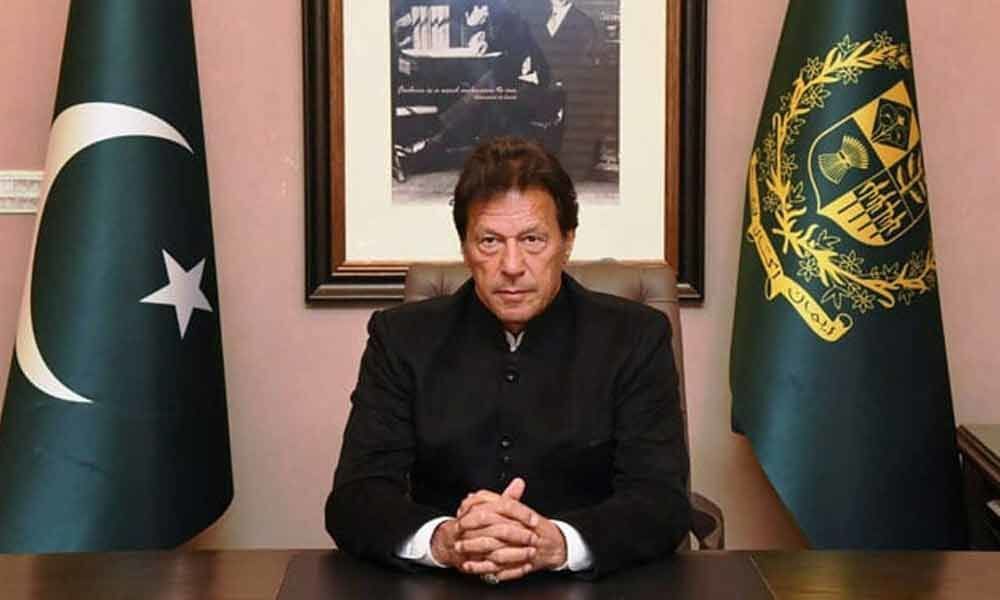 Imran Khan had accused the BJP of 'whipping up war hysteria' and making a 'false claim' of downing an F-16 aircraft.

New Delhi: After Pakistan Prime Minister Imran Khan comments on the F-16 aircraft, BJP hit out at the opposition parties, alleging that they were strengthening the hands of those harbouring terrorism by "distrusting" the government and the armed forces.

Imran Khan had accused the BJP of "whipping up war hysteria" and making a "false claim" of downing an F-16 aircraft.

Union Railway Minister Piyush Goyal said it was deplorable that the opposition was trying to strengthen the argument of the neighbouring country with its attitude.

"Here the Prime Minister Modi sends the air force to cross the line of control, get into Pakistan, attack terrorism at its roots in Balakot, and on the other hand, the opposition is trying to strengthen the arguments of the neighbouring country," he said.

"When you have people like Sam Pitroda and Farooq Abdullah and other Congress leaders, distrusting their own government and their own armed forces, obviously you are going to strengthen the hand of the people and the parties, and the countries, who are harbouring terrorism," the BJP leader said at a press conference when asked about Mr Khan's remarks.

Mr Goyal said, "It is a shame and completely deplorable attitude of the opposition parties."

National Conference president Farooq Abdullah Saturday accused the PM Modi-led government of "lying" to the nation on the Balakot air strike and shooting down of a Pakistani F-16 in the aerial dogfight between the Indian Air Force (IAF) and the Pakistan Air Force (PAF).

"He (Modi) said we shot down their (Pakistani) fighter plane F-16. Now, the US has come up saying all the Pakistani F-16s are counted. Not one has been shot down. There must be some basis for even lies, Modi ji. How long will you lie to people? And did you win (the battle)? Has Pakistan disappeared? Why are you lying? Do you think the Hindus will buy into all this?" Mr Abdullah said.

Mr Pitroda, Indian Overseas Congress chief, had last month told media that one cannot "jump on entire nation" (Pakistan) just because some people from there "came here and attacked".

In an apparent reference to Pulwama terror attack, the Congress leader said attacks happen all the time and then referred to the Mumbai terror attack in 2008 when the Congress-led UPA was in power, saying the then government could have sent its planes but that is "not the right approach".

Taking to Twitter, Pakistan Prime Minister Imran Khan said on Saturday, "The truth always prevails and is always the best policy. BJP's attempt to win elections through whipping up war hysteria and false claims of downing a Pak F-16 has backfired with US Defence officials also confirming that no F-16 was missing from Pakistan's fleet."

Washington-based Foreign Policy magazine reported on Thursday that American personnel had recently counted the Pakistan Air Force (PAF) F-16s and found none of the planes missing.

It had quoted two senior US defence officials with direct knowledge of the situation.

The Indian Air Force, however, stuck to its stand on Friday, saying that it had conclusive proof of shooting down a PAF F-16 on February 27.